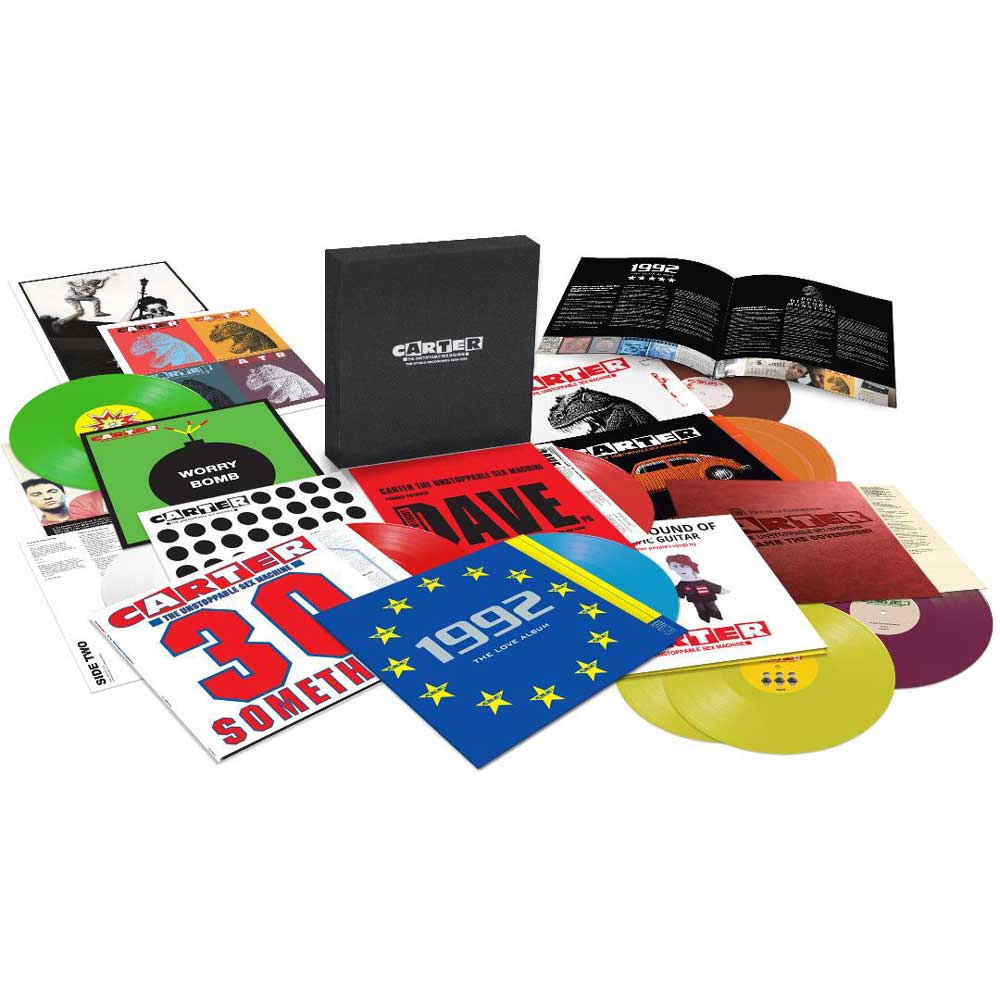 For the very first time, Carter’s entire recorded output – all 128 songs of it – is gathered together in one place!

That’s all seven glorious hit albums plus two collections of singles, B-sides and cover versions (both now expanded into double LPs), all pressed on coloured vinyl and packaged into a deluxe, silver foiled box.

Overseen personally by Jim Bob and Fruitbat, and accompanied by a 12-page book featuring unseen imagery and album by album interviews with the guys, alongside two exclusive art prints, ‘The Studio Recordings 1988-1998’ is the definitive, deluxe statement on a legendary career.

“I’m actually quite proud we managed to produce enough records that we needed a box to keep them in. Something worth saving in a fire.” – Jim Bob

“It has been a voyage of rediscovery listening to it all again, as it has been finding previously unpublished stuff for the booklet.” – Fruitbat

Produced in limited quantity and available for exclusive pre-order directly from us, this is one you won’t want to miss. Once they’re gone, they’re gone. So rare, in fact, that we might not even be able to get copies for ourselves, but that’s rock ‘n roll and we knew that when we got into it.

There’s also the die-hard package, which includes a ticket to a launch event, at which we’ll be trying not to drink too heavily, talking about the records, playing a few songs (not together – sorry) and shaking hands and signing body parts.

The boat party will be on the Tamesis Dock Barge in Vauxhall, South London on Tuesday 27th November 7:30pm – Midnight. Here’s what to expect: