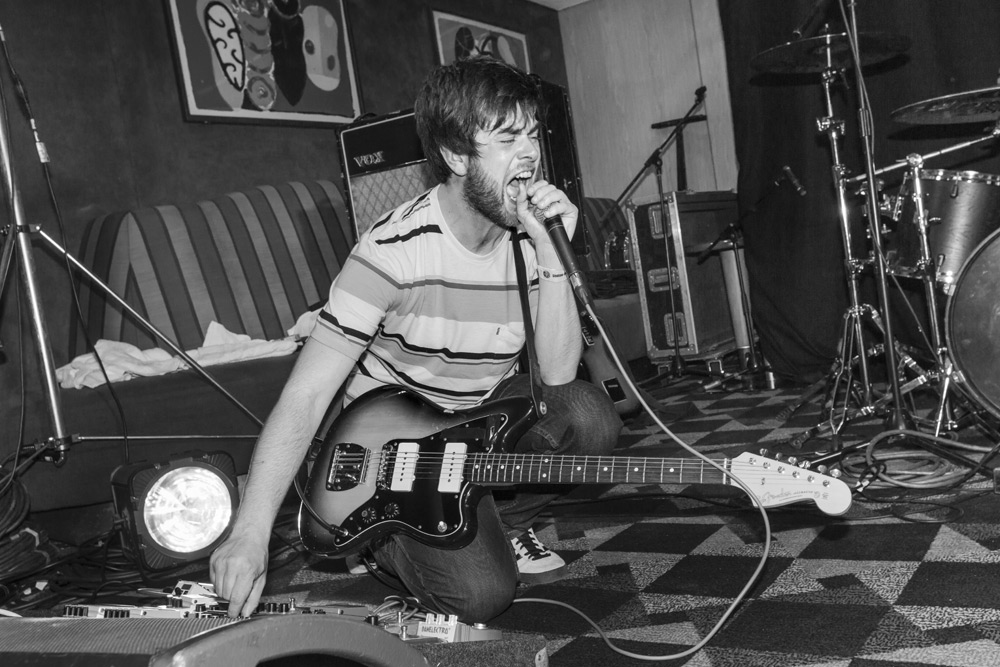 Since the inception of Shiiine one element has fired minds and caught imaginations as much as the cream of the era we are celebrating – new bands. Two in particular which have become event buzz words, two names everybody scours the line-up announcement posters for. Two bands who have delivered sets of such ferocity and sonic brilliance that has given people something extra to take from the festival an appetite and buzz to go to live venues and check them out on their own dates, namely Deja Vega and Psyence.

Both bands journey has been intertwined and been a part of Shiiine since the beginning, playing the early days fringe events and the pre Shiiine Cooking Soup nights (those that know). Hailing from Winsford in Cheshire Deja Vega’s development and honing of their own unique strand of musical style and thrust has been something to marvel at. There is an interplay and chemistry between the three members on stage which has you immersed in an audio trip.

No two Deja gigs are ever the same, any pre conception is obliterated as the songs take on new sonic textures and abstract layers of ferocious psychedelic sounds and rhythm which weave one way then another, set closer and massive finish “The Test” takes on a different life and length of time on any given night. A couple of singles releases in now, a new one is ready to go the majestic and live favourite “Eyes of Steel”, a raft of dates is lined up in support over the next few months.

Psyencem from Stoke-On-Trent have nailed a sound that goes beyond the realms and straight jacket of any label or pigeonhole, a quasi-brew and fresh twist of psychedelic rock and future blues. Psyence ascendancy saw a memorable Saturday main stage opening slot at Minehead which won over minds and opened a lot of new ears. Only a couple of singles down the line they released a piece of recording brilliance in last year’s “New Dawn EP” the sort of record that should grace any collection or listening device, if not why not I implore you to go and listen to it.

Things are looking very exciting for both bands and it’s only going to better, roll on the next chapter.