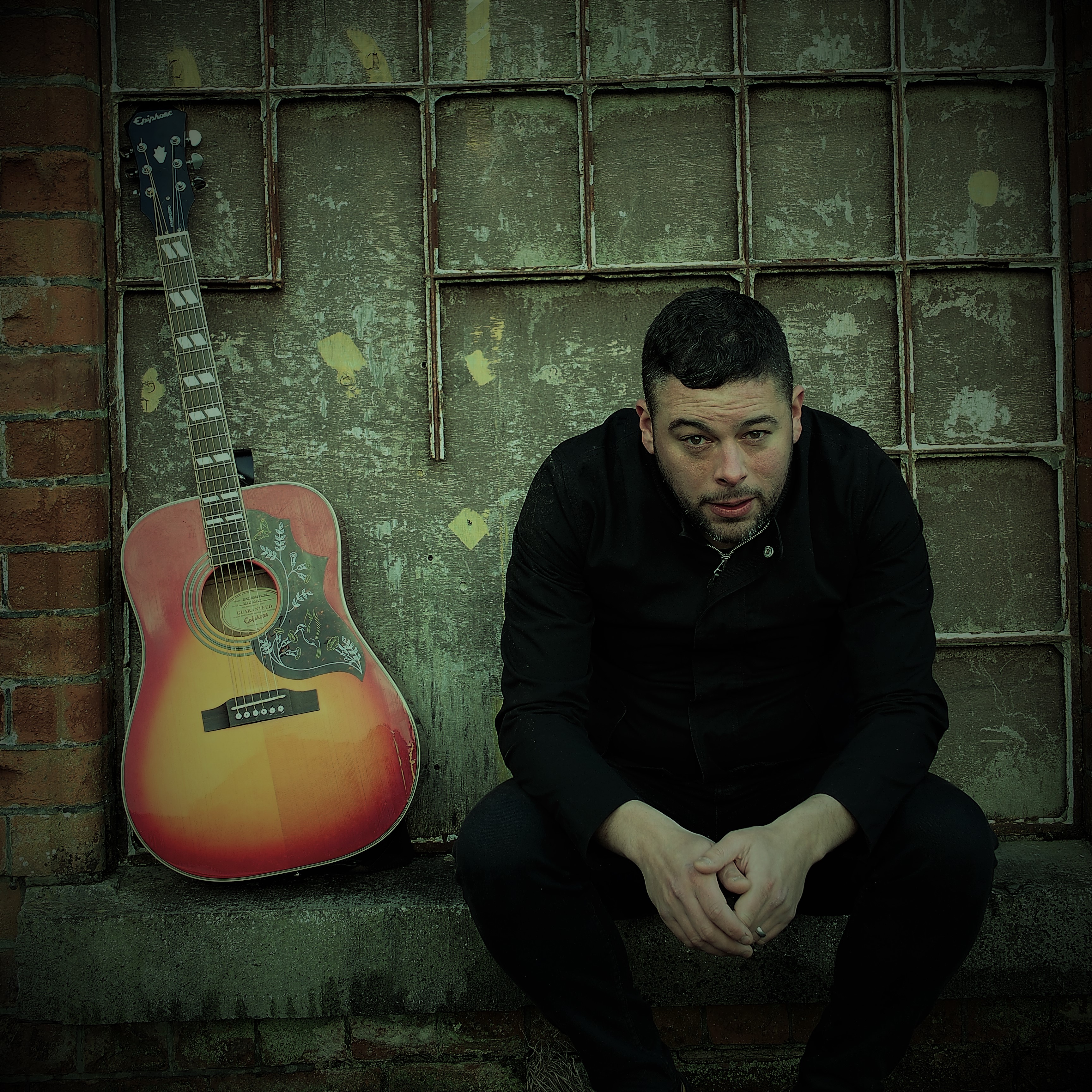 Can I begin by asking about recently released brilliant new single “Seas of gold”? Before I heard it I read the phrase “Scally Folk” as a term to describe it which I thought was brilliant!

When I first started writing and recording new music I was often asked: ‘What does it sound like?’ I always struggled to describe my sound and could never give a definitive answer. I was having a chat with my producer Mick Cronin about this and he simply said that it sounded like ‘Scally Folk’. I immediately proclaimed ‘That’s it!’ I fell in love with the phrase as I feel it describes my sound perfectly and also references my Liverpool-Irish roots.

For anybody like myself who was aware of or a fan (as I am) of your previous sound and band The Dead 60’s, this is a real shift & departure – reminiscent of some of the great Scouse song writers of recent years, Mick Head being one that to sprang to mind immediately. Was this a conscious decision to get far away from the Dead 60’s sound, or dictated by the songs and environment in Ireland where you now reside?

I did feel that it was important to do something different than what I was previously associated with. I was not interested in doing another ‘Dead 60s’ sounding band/group or music. The main reason being that I didn’t feel I could better ‘The Dead 60s’ and certainly didn’t want to do a second rate effort. I preferred to leave ‘The Dead 60s’ legacy on a high where I feel it rightfully belongs. I have for many years been a big fan of Mick Head and Shack and have always had a huge interest in Irish folk music. I always harbored secret desires to write and release music in a style reminiscent to those influences. I often used to describe it as my ‘guilty pleasure’. Now that I’m older and hopefully a bit wiser I don’t feel the need to use the word ‘guilty’ anymore. Needless to say, living on West coast of Ireland is a great source of inspiration as well.

Can you tell us all about the new album and who has been involved with you in the making of it, did you take a completely different approach as regards the song writing in comparison to previous records?

The album itself is going to be a mixture of ‘folk’ and ‘classic pop’ I suppose you could say. As I mentioned before I’m keen to get across my Liverpool-Irish roots through the sound hence the ‘Scally Folk’ phrase.

Writing wise, I basically write the songs at home or wherever I may be and once I’ve got the basic structure and blueprint down so to speak I’ll bring it to Vinny and we sit down and add guitar parts and come up melody lines and riffs etc. And really get the songs to evolve, after that we bring it to Mick who adds drums and percussion in his studio where he also produces and tweaks the sound until we have something we all think is sounding good. The bass is usually the last ingredient to be added.

It’s a completely different way to how we would write and record with The Dead 60s. Back then, usually a song idea would be brought to the rehearsal room where we would literally jam for hours or even days in a live set up until the songs evolved into something we felt was good enough to use. And we would generally record live.

The way I do it now is more of a process. I have more of a system that I like to stick to. It was never a thought-out system I might add, we just fell into writing and recording in this way and so far it seems to be standing me in good stead.

You joined The Specials as a live guitarist a few years ago – a band I imagine that was a big influence on you former band Dead 60’s, how was that as a personal experience – pretty special?

Given that The Specials were a huge influence on The Dead 60s it was quite a surreal experience at times. I never in a million years thought I’d be invited to tour with one of my all-time favourite bands. It was a fantastic experience that I will never forget. The respect, kindness and love that I was shown by The Specials was overwhelming and I will always hold them dear in my heart.

Can I ask about the Dead 60’s? Aside from the mooted subculture tour a few years ago ,is it something that has been parked to one side for now or something that you may well revisit in the future?

When it comes to The Dead 60s I have always had the attitude of ‘Never say never.’ Unfortunately the reunion tour we had planned a couple of years ago fell through. There were various logistical aspects of putting the whole thing together that we just couldn’t get to click so with a heavy heart we decided to pull the shows. Who knows what the future holds? We receive offers to reform fairly frequently which is obviously extremely flattering.

Are you looking forward to playing Shiiine? Is it something you know much about?

I was certainly aware of the festival having seen it advertised over the years through various music press and online etc. I would always look at the line up and see numerous acts that I looked up to and respected when I was younger and first getting into music. And this year is no exception, I’m really looking forward to playing and checking out a lot of the bands.

There are three acts in particular I should mention that I can’t wait to see: the first is The Lightning Seeds: Many years ago when The Dead 60s first started out, Ian Broudie produced some of our first demos. The second is Cast: Keith O’Neill is a long-time friend and tour managed The Dead 60s from day one until the very end and was involved in almost every aspect of the bands’ career – doing a fantastic job I may add. And the third is Pete Wilkinson: I became great friends with Pete in early 2000s shortly after The Dead 60s were signed. I moved in with Pete as his house mate renting his spare room. Not only had Pete been the bass player in Cast but also Echo & the Bunnymen and ‘Shack. Needless to say, I have very fond memories (and some hazy ones) of working with, living with and being looked after by the aforementioned Scouse music royalty.

I have always respected these acts and through my own musical career and journey have regularly looked up to them and been inspired by them.