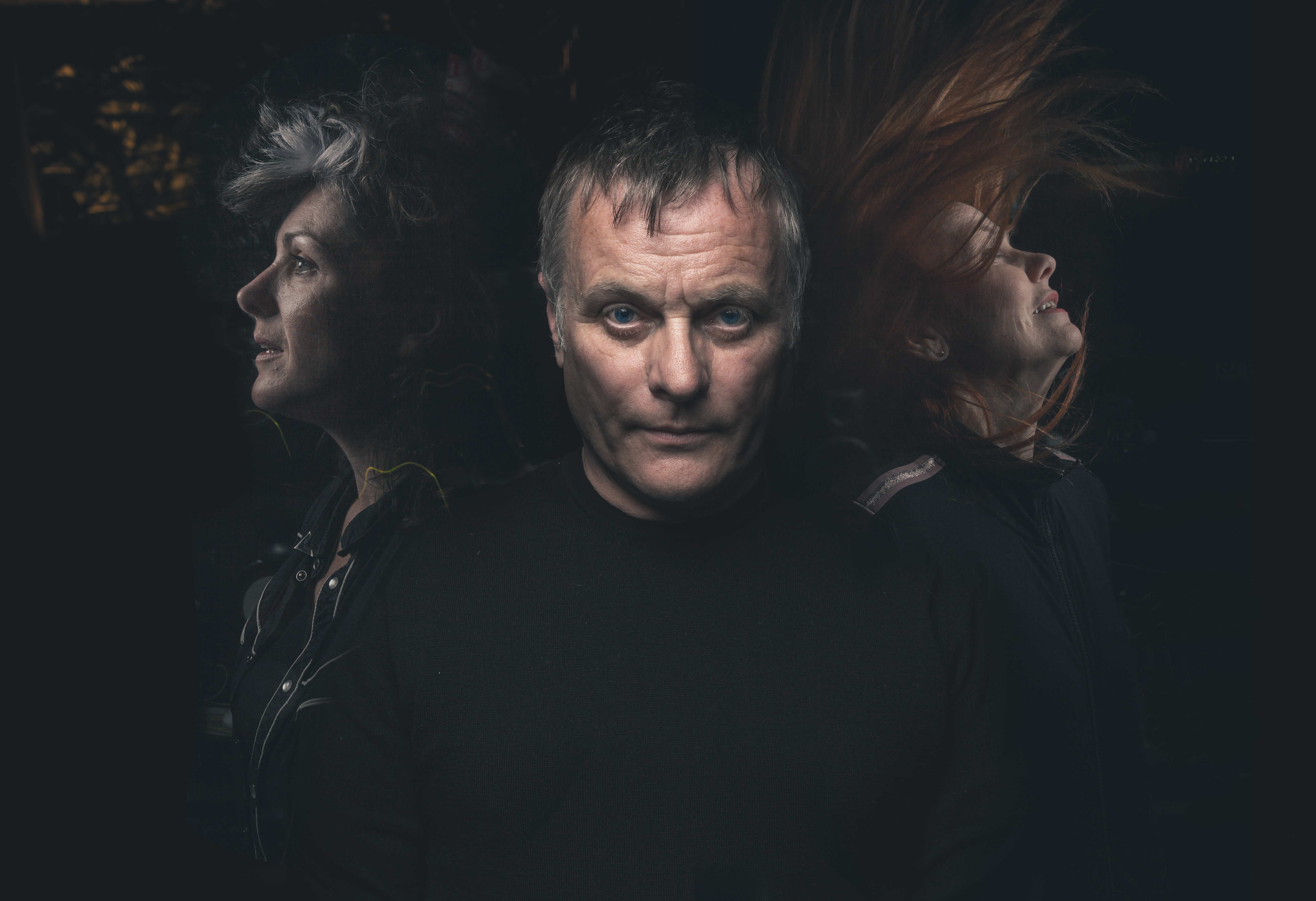 Cold Water Swimmers are one of the best & most exciting artists at the forefront of Manchester’s current music scene and activity that is bubbling away that promises to enrich the already supreme fabric of the music history
Ahead of their appearance at this year’s Shiiine on weekender we spoke to the songwriter and frontman Chris Bridgett – who was also a one time member of one of Manchester’s great bands Dub Sex & latterly The G.O.D.

Can you introduce us to the band members & tell us how CWS came about as a band ?

Carrie and Selina played as a duo. I saw them play when they opened for my last band The G-O-D at The Dublin Castle the night before we opened for the Stone Roses at Wembley Stadium. I thought they were top, very raw but absolutely honest. After the show I told them that their band was good and the only thing they needed to be really good was me!

We got together for the first time 6 months later in drummer Selina’s house in Prestwich, 24th January 2018 the same day Mark E Smith died.

For a relatively new band there looks to be a proper chemistry watching you play live – a real less is more sound ,is it the same process when writing new songs the three of you playing together ?

Thank you, we enjoy playing together and I’m happy that shows. We do have a chemistry. The bond between us is like nothing I’ve experienced in a band before. We love and respect each other. Both Carrie and Selina are brilliant women and I hope they get the chance to share their stories. I think they’re inspirational people. I write the songs and bring them to Carrie and Selina. They play along it’s as simple as that. It’s a joy.

CSW most recent single the brilliant Summer Breeze / I’ll be your witness – Witness in particular is the song I have been recommending as a starting point to anybody new to the band, could you tell me a bit more about the song and what it is about

This was our first proper release back in March. I chose a double a side but to be honest I thought “ I’ll Be Your Witness “ got lost a bit as most people went for Summer Breeze so I’m happy you picked up on it. It’s the slower, darker side of our set. I’d probably say have a listen to Summer Breeze first, ease you in to the darker stuff but then again feel free to dive in anywhere the water’s lovely. Writing a good song is a must. First we’re not a jam night kind of band and I think Witness is about understanding all that you say and do counts and you have to be able to live with that. I want it to be inspirational even if it is darker.

A brand new single is about to be released which I am really looking forward too, is it a new song specifically wrote as a single or one that has been part of your set – what can we expect ?

Our next single is out on June 21st it’s called Burn Your Idols. I wrote it in February and played it to Selina and Carrie. We played it twice and decided to record it. We did that in April. From writing to releasing in 4 months it’s fresh man, the newest of the new. We put it on our set last Saturday for the first time and it felt good so it’s in the set. Plus it’s our next single so we better play it!

CSW appear to be part of a clutch of brand new & exciting bands that are emerging out of Manchester over the last twelve months or so ?

Never take your eye off Manchester. I’m lucky to have worked in this city at some pretty crucial times for music and culture and I reckon one or two of these current upstarts are as good as anything our fine city has born and that includes us.

What are the plans for CSW – can we expect a album in the future ?

Burn Your Idols out on June 21st that night we do a show at The Peer Hat Manchester. Beyond that we don’t know. We have another release planned for September and play Shiiine On in November and no doubt we’ll have more shows to announce. We’re good live we need to get out more!

Finally Shiiine On Weekender in November, looking forward to playing it ?

Absolutely, got offered it in 2017 with The G-O-D but the band split before I could take up the offer. That pissed me off so I’m double glad we’re doing it now. Cracking line up as well!