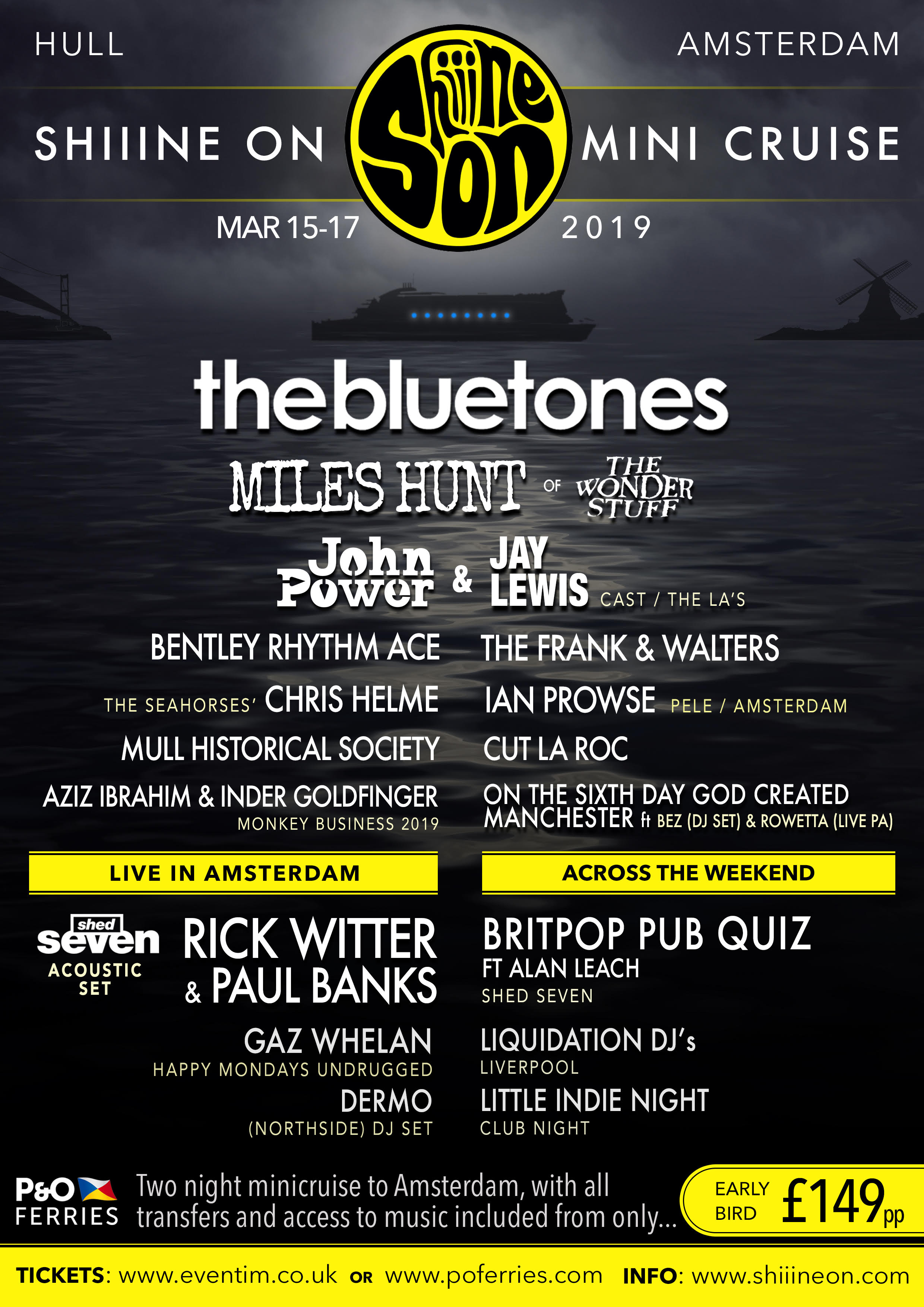 Taking place over the weekend of 15th -17th March the Hull > Amsterdam jaunt will be headlined by The Bluetones and Miles Hunt of The Wonder Stuff.

Bez & Rowetta also bring their brand new club night “On The 6th Day God Created Manchester”. Rowetta will be doing a live PA and Bez will be doing Bez.

There will be a performance from  Aziz Ibrahim and Inder Goldfiger who will celebrate 20 years of Ian Brown’s debut album ‘Unfinished Monkey Business’. Aziz and Inder made up Ian’s backing band as he entered a new dawn after The Stone Roses demise with a sublime debut offering.

In Amsterdam we are very excited to bring you a rare acoustic performance from Shed Seven’s Rick Witter and Paul Banks. Joining them is Gaz Whelan who will perform his Happy Mondays Undrugged set and Northside’s Dermo who will be on DJ duty

That’s not it! There will also be a Britpop pub quiz hosted by Shed Seven’s Alan Leach and club night DJ sets from Little Indie Night and Liverpool’s iconic club night Liquidation.

A very limited number of early bird tickets for the event start at a bargain £149pp. This price includes access to all music, two nights’ accommodation and return transfers to Amsterdam