Pete Fij (Adorable) added to the Shiiine On Minicruise line up 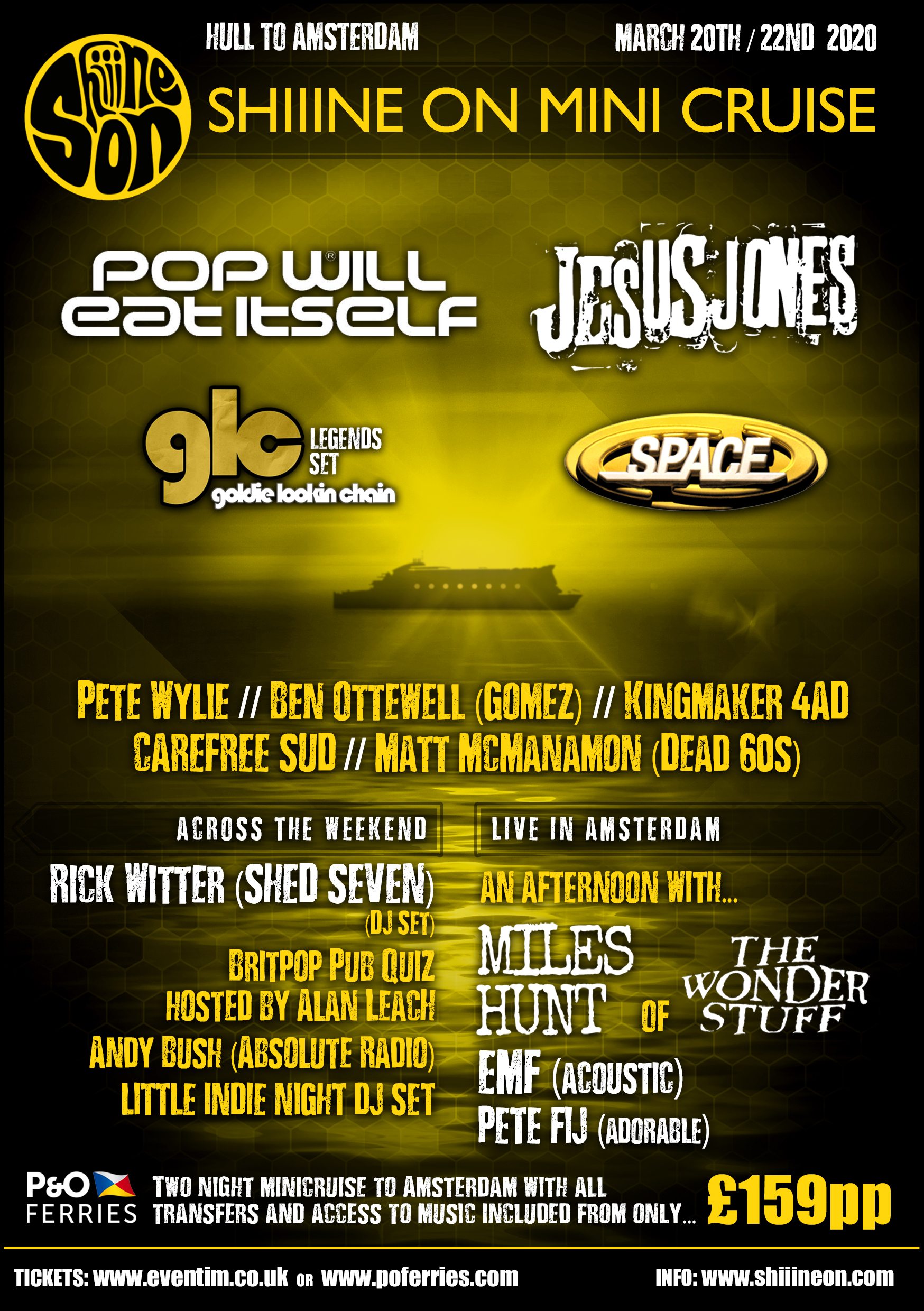 Pete Fij has been added to the Shiiine On Minicruise

Pete was the singer, guitarist in Adorable (Against Perfection 1993 / Fake 1994) on the legendary Creation Records label, who topped the indie charts with their post-shoegaze / pre-britpop singles such as Homeboy & Sunshine Smile, before he joined up with his brother Krzys to form One Little Indian band Polak (Swansongs 2000 / Rubbernecking 2002) which took in influences from the likes of Beck, Radiohead & dEUS. Fij went into musical exile having what he now describes as ‘a musical breakdown’ before re-emerging to widespread critical acclaim with two albums recorded together with the celebrated House of Love guitarist Terry Bickers (Pete Fij & Terry Bickers : Broken Heart Surgery 2014 / We Are Millionaires 2017).
With a voice compared to Lee Hazlewood, Lou Reed & Richard Hawley, Fij has also built up a reputation as an intelligent and talented songwriter (“the best lyricist since Jarvis Cocker last put pen to paper” The Independent), and a meandering life lived pursuing dreams on the fringes of the music business has given him “the requisite experience to fill his work with a resigned charm, and also, more importantly, the ability to attach that feeling to songs of forlorn lusciousness” The Arts Desk.
Having completed a successful European solo tour in 2019, Pete also reformed Adorable in the Autumn for 5 sold out UK dates, confirming the band’s enduring success, before splitting the band up to coincide with the 25th anniversary of their first split!
Pete will be playing songs from his back catalogue including Adorable at this rare solo show.
Less than 100 tickets remain. Get one of the remaining berths HERE
Share story
Back To List