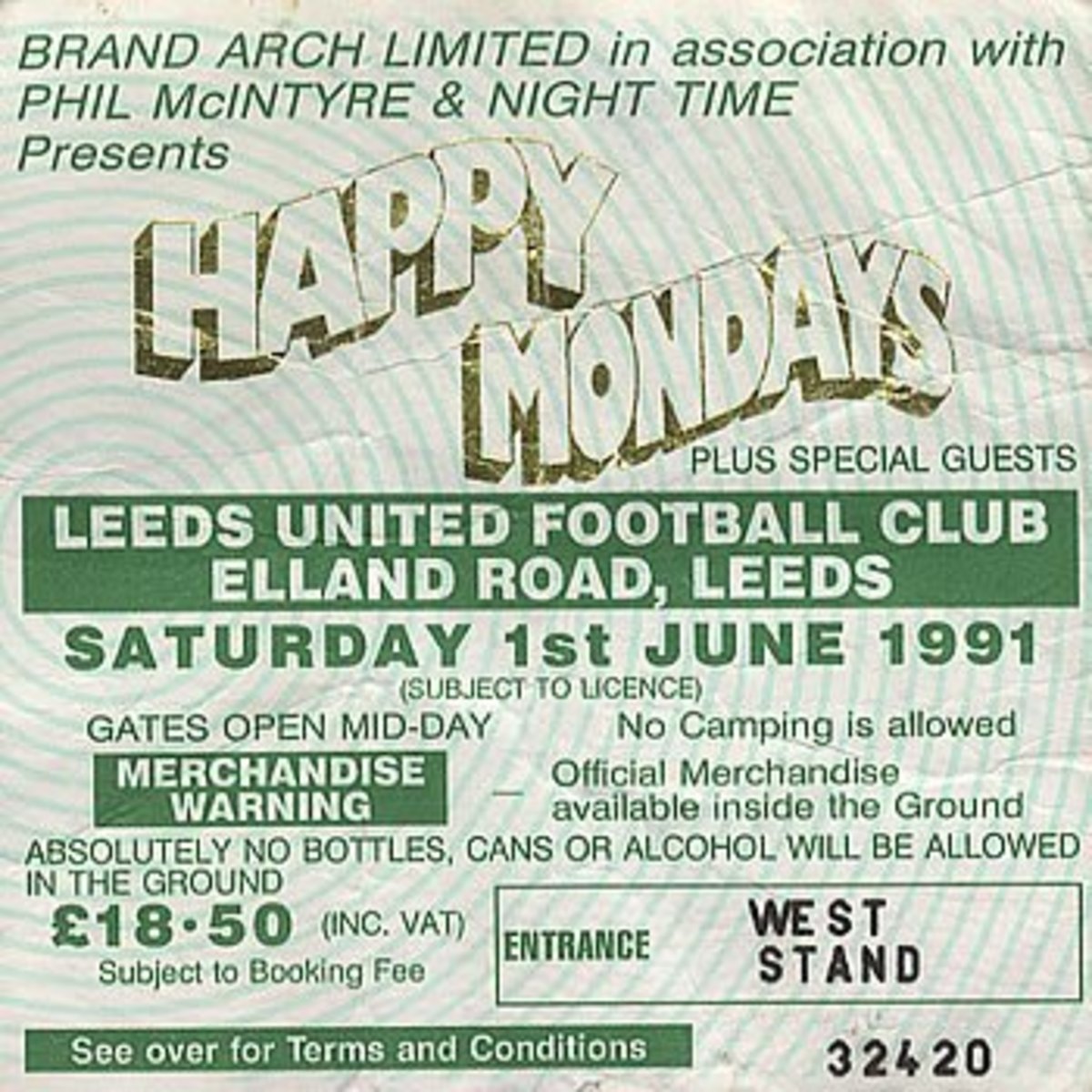 Spike Island was the event that kicked the door off its hinges and left it ajar for the acid house loved up warehouse nights of the North-West and beyond, combined with the Madchester crest of a wave to think big. It made anything seem possible and putting on the landmark events for the youth movement the day was to become more commonplace.

It was something not only hindsight but most definitely at the time which felt like it was something pretty special to be part of. Elland Road was the one for me, I was always more of a Mondays head than The Roses. I preferred their clothes and haircuts for a starter and wanted to be Ryder more than Brown, I found the remix culture and dance edge to the sound more exciting. 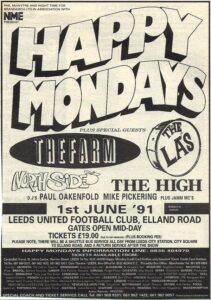 Elland Road was a lot less 3rd summer of love than the gathering of tribes at Spike Island and the first time I noticed things were ebbing away from being less about random bug eyed hugs and bottles of Lucozade and more about touting, grafting and enterprising super scals chasing dough. The first indication was when we arrived at Leeds Central and an old friend of mine who was casually leaning on a fruit machine suddenly felt the full force of one of those clunky Fila boots which were de riguer at the time full on in his stomach and accused of being a “Manc”. Ironically he was a born and bred Mill Road Hospital Scouser…..

“There puritans who think you can’t drink”

Back to the music, the Elland Road line up was the one which everyone if they were being honest was what they were hoping to see 12 months earlier on Spike Island. Six bands of the times sound tracked by the DJ’s in between who had helped mould and create this thing of mine. Balearic King Paul Oakenfold who was the Mondays in house remixer and soon to be producer, alongside The Hacienda’s Mike Pickering who was an originator in getting the Technicolor ball rolling in Manchester with his legendary Hot and Nude nights. MC’s for the day were Mancunias “Jam MC’s ” and M.V.I.T.A. vibe master Alfonso Buller. 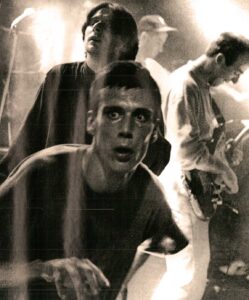 Some of my recollections of the music are sketchy, some are as vivid as the day it self, down to the varying altered states of my mind through the day, we weren’t called the E Generation for nothing.

The High kicked things off. An overlooked band of the time who had a top songbook and killer of a debut album which still sounds ace, even then the stadium was pretty packed which was testament to the boss line up assembled.

Next up the Stereo MC’s and I do remember being well impressed and knew it was a band I was going to watch again, Rob Birch had the magnetic stage presence and interaction with the crowd even then long before connected and the breakthrough. Northside then gave a blistering high energy set and the first Madchester moment of the day… “Sing LSD” and we did – a proper brilliant moment. Scouse darlings and one of my favourites The La’s were up next and I remember pretty much nothing, apart from Cammy launching his guitar in the air mistiming his catch and it landing on his face, I don’t think they were bad it was more a case of one those chemical enhanced sketchy early evening moments I mentioned earlier.

The Mondays scouse brothers in arms The Farm were the perfect band at the time to play main support on the day, riding high themselves with an album of the times of their own in “Spartacus ” and now incorporating the beefed up Terry Farley Boys Own inspired grooves and samples in to the live show. “Groovy Train” – the timeless anthem that resonated with everybody stood behind that front stage barrier brought the first mad crowd surge of the night which sent the first 50 rows sprawling in euphoria, Peter Hooton wisely kept his jibes aimed at Leeds United as he had probably sussed half of Manchester and the Mondays extended entourage were stood stage left, right, back and front.

The Monday’s jobs was pretty easy I suppose by the time they entered the fray. The loudest outdoor sound system ever was the boast pre gig and it may well have been, I couldn’t vouch for that in the  absolute chaos that greeted our scally heroes from Little Hulton. Gaz’s clattering beats and Horse’s thumping bass left you spinning. I can remember the euphoria I felt and feeling like I was in the middle of the Madchester universe hearing “Rave On” and “Do It better” my two favourite Mondays songs then and still now. As with all Mondays gigs the bouncy synth noise that signals the start of WFL and the end of the gig also signalled something else. In some ways it was the end of a perfect moment in time and a beautiful 18 months. Even though “Cities In The Park” was not far off, Elland Road was the last truly Big Madchester happening, things change and move on. 27 years on I will have the same excitement and anticipation when the Mondays take to the stage at the Shiiine 1 Day Festival in Birmingham in September.