With the brilliant news that Ned’s Atomic Dustbin will be heading to the Shiiine On Weekender this year, we caught up with frontman Jonn Penny to chew the fat about the forthcoming show

Can I start with the “Love from Stourbridge” tour, what was the catalyst for it to all come together and why did such a great yet obvious line up idea for a tour take so long to happen in the first place?

The idea of all three Stourbridge bands playing together has been knocking around for decades and we’d been approached numerous times over the years with the idea of a one-off show somewhere. The one-off show never appealed to me because I felt that it would have such a feeling of finality about it. It would have to done perfectly and it could never be repeated – what a huge pressure to put on a stand-alone event!

In 2017 we were in discussions with the O2 Academies people about touring their venues in 2018 but everything stalled when we realised that The Wonder Stuff were also in talks about touring the same venues around the same time of year. I guess it was just time! The idea of touring together again made so much more sense to me – in the 90s it was all about the tours we did together. We had so many fans who followed both bands up and down the country with their very own community, I just thought it would be lovely for everyone to be able to relive the whole experience.

We recently shared the anniversary of “God Fodder” on our social media platforms and the response was phenomenal from people – in regards of what some of the songs and lyrics meant to them as well as the memories associated to the 28 year old album, have you and the band been feeling this & getting a similar experience about the record on the recent tours?

Personally speaking I feel incredibly lucky to have connected with so many people just by blurting out my unfettered feelings at that vulnerable time of life. I certainly looked to my lyrical heroes for guidance/support/endorsement/empathy when I was a teenager and I still remember words and music that got me through the challenges of youth. I don’t think those times ever leave you and hearing the songs again has such a power to transport you straight back to those raw emotions you lived through – that’s such a massive force in everybody’s life. Of course, I never would have had a vehicle to spew my angst without the amazing tunes that the band came up with – I was massively inspired by the band, so no surprises that the songs went on to inspire our fans too. We were always very close to the fans and that’s made the reunions and anniversaries such as “God Fodder” feel so much more like an experience we all share in – something band and fans know so well. 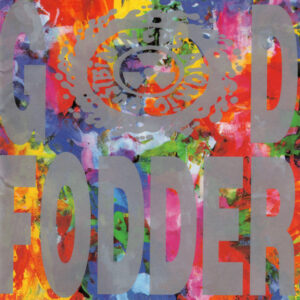 I remember reading last year you were in the process of putting together your autobiography – while you could still remember the stories, how is it getting on and are we any closer to getting a Jonn Penney tome?

I’m tapping away gently – no rush! I didn’t keep diaries, so the chronology will be dodgy at best. I’m approaching it a song at a time to see where those memories of writing, performing and ‘living’ take me. I’m loving those instances when something I’d forgotten comes flooding back. Essentially I’m writing it for my kids so when I’m gone I know there will still be at least one last organ to bore them stupid with.

Do you still actively write new songs and music, can you foresee or have any plans for a time when Neds make new music as a band like some of your peers in recent years?

Ah, the age-old question… I’m a realist. The reality is that we all have very little time out from our ‘other’ lives – those lives that own the majority share of our time and energy. I’d never rule it out and I’d love to get creative again – I know it’s still in me, but it would need to be the same case for all of us at the same time for there to be any chance of new music that we’re all happy with. That 5-way song-writing collaboration is our strength and our weakness. It makes the standards high but it demands so much time from us all… 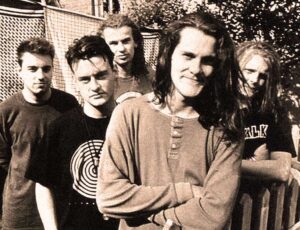 You may or may not know? Ned’s Atomic Dustbin have been in the top couple of most requested bands to play Shiiine On since it’s inception five years ago, this year they get the ultimate and all three of the Stourbridge holy trinity together on the same line up, are you looking forward to it then?

I didn’t know that – it’s very humbling to hear. Every other year we were asked to complete the whole Stourbridge line-up we were worried about tiring out our collective audiences. We’ve obviously stopped caring! Yes, of course we’re looking forward to it – I’ve never been to Butlins!! 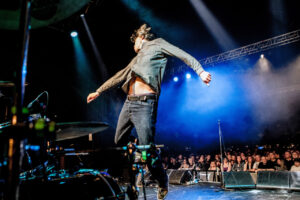 Have all three of you played together on the same day with your full band line ups at a UK festival before, I can’t recall a time?

I’m not sure to be honest. I think it’s possible we might have all played at the same Reading Festival and possibly at one of those Phoenix Festivals?

Before you leave us, could you please give us your own personal top 3 favourite Neds tunes and your favourite Stuffies and Poppies tunes…?

Neds (current – changes all the time!):

PWEI
1. There Is No Love Between Us Anymore
2. Wise Up Sucker
3. Wake Up, Time To Die