First wave of acts announced for Shiiine On Weekender 2019!! 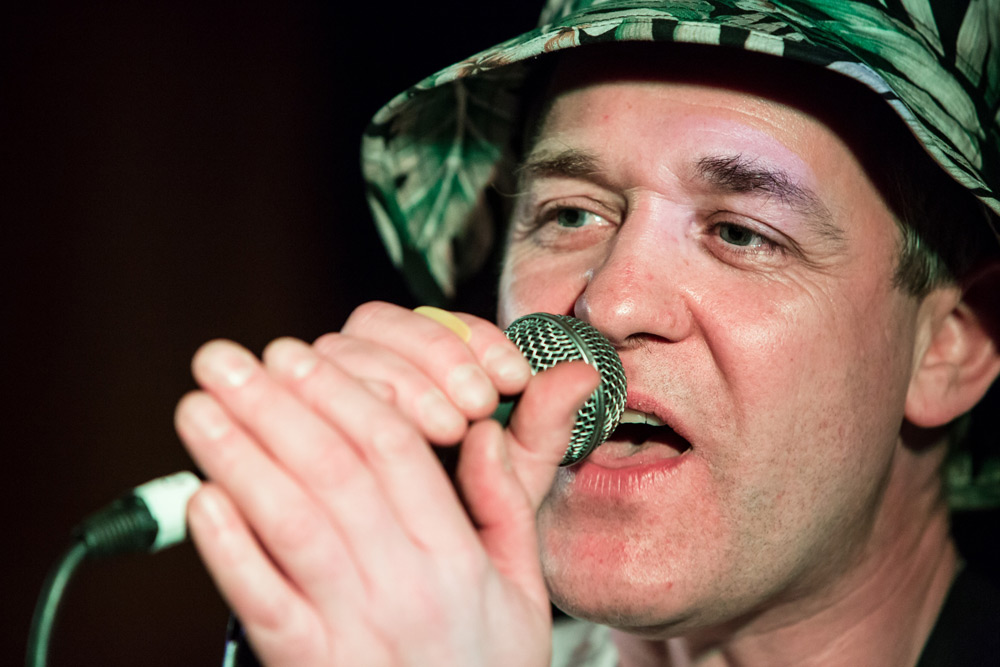 Hi James, you have your brand new album and your third as a solo artist ready to drop. “One for the brave ravers” it declares in the press release – sounds pretty exciting and certainly wets the appetite, what can we expect from Popcorn Storm sound wise and in comparison to the previous two solo albums?

I’ve noticeably come on a long way from the first two solo albums, both in song writing and producing. I wanted to make an album that flowed from start to finish as one continuous theme. I spent a lot of time fine tuning ideas, discarding tracks and shaping the album to be listened to as a whole. Also cutting down on partying has made me more focused definitely. Having ‘time’ has been a luxury too; being an independent artist these days with no outside influences has its benefits.

Can you tell me about the making of the album? Is it entirely a solo record and self-produced or is there any collaborators and additional players on board?

It’s completely a solo album. I live a pretty solitary existence with my wife and two young boys in a house on the Yorkshire moors; we have no neighbours and very rarely get visitors. I have a rather damp and cold studio that I can disappear into when the mood takes me. My wife will pop in occasionally and give me words of wisdom. I have included one track on the album that was co-written with Ian Dench my old EMF song-writing partner. It’s a tune we tried with EMF a few years ago called ‘Stay Classy’ – it never came to fruition at the time but it seemed such a shame to shelve it. Other than that it’s just me writing, recording and producing the records.

Are these a completely new set of songs written specifically for the new album – if so are there any themes or events which inspired the writing?

All new tracks written over the last 18 months. I made a conscious effort to keep it really simple. Initially I set myself the limitations of only using a simple 808 kick, clap and shaker drum sounds for the song writing process. The first drafts of the songs were very downbeat. I was worried it was sounding a little dull and un-dynamic so scrapped a fair few tunes and wrote some more immediate songs pushing the tempo a little. As far as themes, I’ve tried to keep it upbeat and positive, no one wants to listen to depressing, pessimistic songs with all the negativity in the current UK climate. A few of the songs were born from ideas I was trying with Ian Dench that didn’t really sound like they were EMF tracks but fitted nicely as solo electronic tunes.

Which of the new songs in particular on the record are you most pleased about & proud of?

I really like the second track on the album called ‘Rise’. It’s catchy with some cool electronic sounds going on. I hope people dig it.

Do you enjoy being a solo artist and the process of making a record on your own in comparison to the days of being a group member?

Well I’m in Bentley Rhythm Ace, which is fucking mental and gives me the kicks of being in a proper band. Every time we meet up to play it’s like Mardi Gras and always seems to end in chaos. I’d be dead if I did regular shows; a couple of gigs a year is just enough. I’ve been enjoying doing EMF shows recently as the band is really in a healthy place and good fun to be in. I’m quite happy doing solo records though to be honest, it’s a damn sight easier than dealing or waiting on people.

‘Popcorn Storm’ is a great title, I am very intrigued what is it and where did it come from?

Yes, I’m happy with it. It came from a friend’s young daughter who blurted it out randomly – I thought I’ll have that. Thanks Ume

Can we expect to hear the Popcorn Storm record in a live context?

I haven’t thought about that yet to be honest. I did some shows to promote the first album and at times it was quite disheartening – one particular gig l played a wine bar in IIkley to 5 people, I was like is this worth it? I don’t think I could drag myself around the country playing to handful of people on a Thursday night in Ipswich. Lets see though – if there’s enough interest I’ll have a think about that one.

Talking of playing live – you are back once more for the Shiiine On Cruise in your third different musical guise this time with the Bentleys and the famous acid house flag, I guess you enjoy this festival on the sea and looking forward to it?

Oh yeah! Love this so much. All the Shiiine family on a boat to Amsterdam together – what could possibly go wrong (again)? Last year I spent the whole outward journey in a cabin with Bez. The next day wondering around Amsterdam was the longest day of my life. This year I’m definitely gonna get some sleep, honestly.
You may or may not be aware ‘Cha Cha Cha’ the final EMF album is 24 years old in a few weeks, do you ever foresee making anymore new music as a band?

Yes! Ian and I have written a bunch of new tunes. It’s the 30th anniversary of ‘Shubert Dip’ this year too. We are releasing an EMF box set at the end of the year to celebrate the occasion; this will include some new tracks for certain.