Shiiine On Weekender Rescheduled to 2021 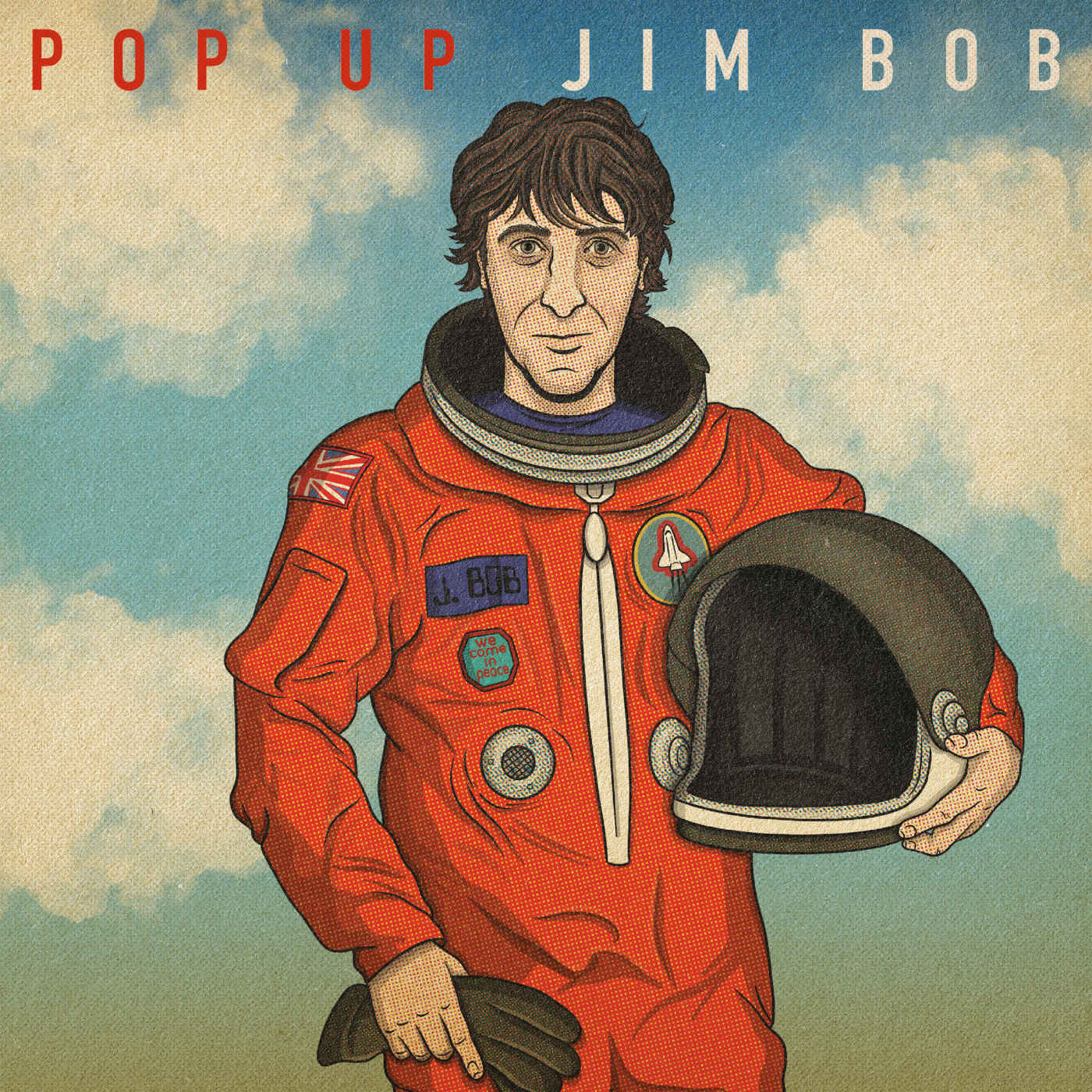 It’s been seven years since the last set of brand-new songs from Shiiine On favourite Jim Bob but now he’s back with a new album of his Pop Up Jim Bob. Ahead of the album’s release this Friday (14th August) we caught up with the man himself.

With what is currently the most strangest and uncertain times in the music industry, as well as the oddity of the “new normal” socially –  After 7 long years the perfect time to introduce the world to a set of new songs containing the acerbic wit, humour  narrative & social commentary we associate with your song writing?

I think absence making the heart grow fonder is true. If you wait long enough people will be pleased to see you’re back. And I probably needed that time away as a songwriter, so I didn’t appear to be banging on about the same old things as before. Hopefully what I am saying in the songs will echo the thoughts of other equally confused people.

And as it’s turned out, the album does seem almost Nostradamically topical. I suppose any new music that says anything at all at the moment is going to be viewed through the times we’re going through and take on new meaning and significance. It has been strange though, the way the three songs I’ve released from the new album have felt so topically on the nose even though I wrote them a while ago.

For me this is your most accomplished & best piece of solo work to date, dare I say some of the songs on the album lyrically (Jo’s got paper cuts & #Thoughtsandprayers Kidstrike) can be looked upon and sit alongside Carter’s finest and most cherished – as a genuine & reflective album of the times. Fair comment?

Thank you. And most definitely a fair comment as far as I’m concerned. It’s the first record since my ‘School’ album that I feel 100% gets across its point. From the songs to the recording and right through to the artwork. The album has the best artwork of anything I’ve ever been involved with. I was very lucky to accidentally meet Mark Reynolds who was responsible for that.

I wrote all the songs, or at least started the lyrics in a short time period around September 2019. If there’s a theme that runs through the album it’s a general feeling I had then that the human race was in a bad place. An angry and dangerous place. A place I didn’t understand or feel part of. I don’t think that’s particularly been changed by a worldwide pandemic. It should have united us more than it has. Like an alien invasion or the weather from ‘The Day After Tomorrow’. For a while I was optimistic. The clear skies. Seeing stars over South London for the first time. I thought we could come out of this refreshed and hopeful. We could make things better. If anything I think we’re in a worse condition now. Everyone is so angry. Before it was Brexit and now it’s masks. Humans just love an argument. Either that or they just want to party.

2020WTF…. a perfect musical riposte to one of the most crap years on historic record. I guess this was one that came late to the album?

Although it doesn’t mention the coronavirus it does seem to capture the mood of many people at the time it was released. I naively thought that the 26 second length of the song and the way it suited the times we were living through would lead to a ton of radio airplay. It could be played quickly without having any detrimental time effect on the playlists or the ads. It’s the length of a bit of DJ banter between tracks. But apparently most radio stations were focussing on positive and uplifting vague music. Which in my obviously biased opinion is both shortsighted and dumb.

Over the last few years you have had a career as a novelist writing a number of well received tomes, has this been the reason behind a lack of musical output or the inspiration for a new set of lyrics & songs?

I’m sure it is. Firstly because I was using all my words up in the books and there were none left for lyrics. I tried a few times between 2014 and 2019 to start writing new songs but found it impossible. I was almost embarrassed by what I tried writing. I was also more excited with the novels than I was with my music, and I saw a way of getting the books seen by people, whereas I had no faith in selling records anymore. Either that or I had little interest in the process. The main thing about streaming or not streaming, Spotify or Bandcamp, vinyl or cassettes etc, is it’s so boring. It feels like office work. Admin. I hate admin. That was basically what that bloke from Spotify was talking about this week. How artists need to do more admin.

After watching a fair few solo gigs and performances over the last few years , it was great to hear you accompanied by a full a band for this album. Can you introduce us to the players and who was involved in the recording?

It would be my pleasure. After Chris T-T retired from music I stole his band, The Hoodrats. Chris plays piano and various keyboards on the record. Without Chris I wouldn’t have made my last four albums. Ben Murray plays drums. Ben is the kind of person Carter used to take on tour just because I enjoyed their company so much. Lindsey Scott, who is currently stranded in a beautiful part of New Zealand plays bass. Jen Macro plays all the clever and interesting guitar on the record. Jen is the most amazing guitarist. I asked her to create a school shooting on one song and be Robert Fripp to my David Bowie on Jo’s Got Papercuts. And finally Jon Clayton plays organ, synths, bits of drums and bass and he created lots of other noodly synth noise gubbins. Jon recorded and mixed the album. Apart from The Hoodrats, Johny Lamb plays a heartbreaking cornet on ‘TRUCE’, Kate Arnold plays some mean violin on two songs, and Connie Morgan, Bella Laux and Edith Dedman are the ‘kids’ singing on ‘Kidstrike!’d

Difficult to answer at the moment I know, hopefully plans for some Pop Up Jim Bob gigs? It’s a record that feels tailored to being played in its entirety.

We should be playing the songs live round about now. I miss doing that and spending time with Chris, Ben, Lindsey, Jen and Jon immensely. Talking nonsense in the back of a van. Getting sweaty and having a singalong with five hundred friends. It’s good to have friends. Like everyone else, I don’t know when or how the gigs that are booked will happen. Fingers crossed for a vaccine. I hate the new normal. I want the old normal back.