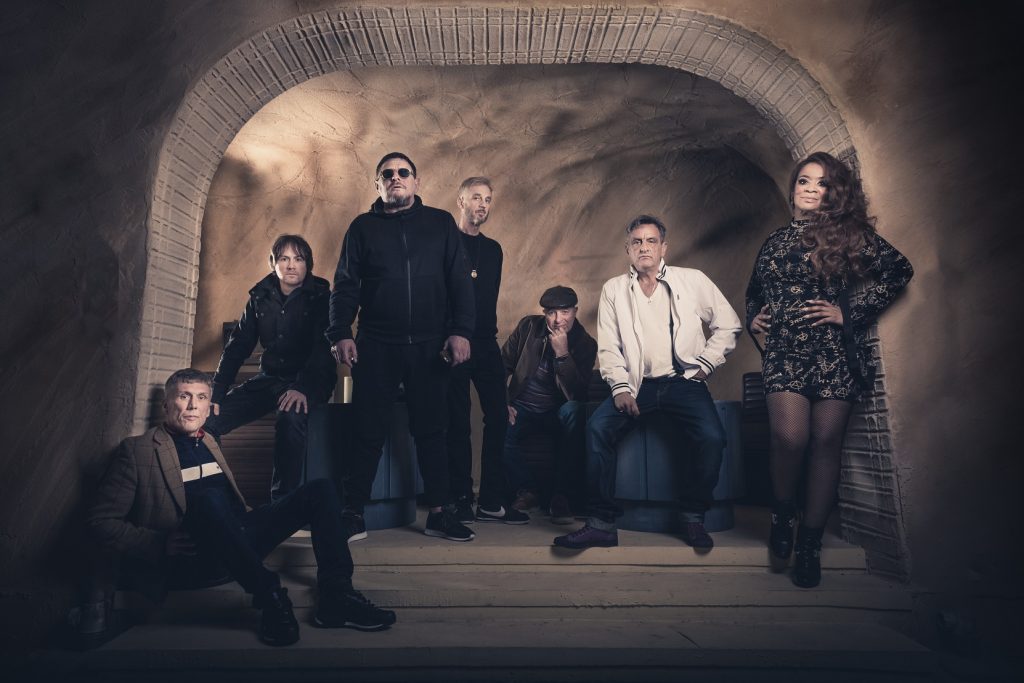 Happy Mondays play Shiiine On Weekender this November for a second time, and in anticipation for their headline appearance we have managed to coax a typically no holds barred interview out of front man and icon Shaun Ryder. He gave us the inside view on the Mondays, Black Grape, and his life playing festivals over the decades. Warning: This interview contains strong language and drug references, obviously…

Do festivals still give you a buzz?
I get more of a buzz now than ever. We play better as a band, we all get along better, and we can enjoy it because were off the treadmill, the hamster wheel, and we all appreciate what we’re doing. Years ago it was just on that treadmill doing it, more albums, this, that and the partying was just as important. Now we are really appreciating what we’re playing and what we’ve done.

Do you think that’s why you play better together as a band nowadays?
Probably not, that’s probably more because I’m a 55 year old bloke who’s not running around off his tits, fucked up all the time, partying and shagging everything about.

Do you have a favourite Monday’s song to play live?
You know what, I don’t really. I enjoyed when we took Bummed out and did the full album. I hadn’t listened to Bummed since we came out of the studio in ’88. When I had to learn it again when we took it out on tour two years ago I thought “Fucking hell this is great”, I enjoyed playing them all.
Now were doing this 30 year anniversary tour were even playing some off Squirrel and G-Man which we’ve had to tighten up and fuck around with slightly, but I just enjoy playing them all.

Are you planning on touring any more albums in full?
Well next year Monday’s are dead for a bit really because of the Black Grape album which we’re going to be touring around the world.

Congratulations on the new album by the way, it’s a cracking piece of work.
Yeah it’s a great album

When everything has calmed down with that and you’ve finished touring can we expect anything new with the Mondays?
Well that’s what we really want. Sooner or later there has got to be another Monday’s album. Really we are looking at it but realistically it’s going to be 2020 really.

How has working with Alan McGee been?
Yeah he’s managing Mondays and Black Grape. We work to Alan’s plan which basically is ‘Get new albums out’. Getting the Mondays together for an album is more difficult because with Black Grape its just two of us with some great session musicians. The Mondays is me and six other people who all have a voice so its much harder to get things done. We were trying to get that Mondays album together and we couldn’t get a time so I though “I’ve got a space here” so Alan was like “Do a Black Grape album”. So I did.

Compared to gigging back in the day, what is the main difference now?
I can only answer for us. Back then was back then. For me it’s still the same. Young people go out and they think it’s the dog bollocks and they’ve invented it. For me it’s just carried on.

What are you listening to at the moment?
This is where it’s terrible. Because of my two girls who are 8 and 9, all music I have to listen to is Capital FM, Taylor Swift, Miley Cyrus, oh god, Ariana Grande you know all that.
If I get to listen to music now I put Gold Radio on or Radio 6 Music and listen to something a bit new. Until my girls get to 14 and 15 and ask dad to take them to up-and-coming cool indie bands I haven’t got a fucking clue what’s going on.

Have you got any particularly special memories of festivals from back in the day with Happy Mondays?
Fucking hell I keep saying I can remember the 1960s better than the 1990s, and I mean that. All of it was just fucking madness. When we headlined Glastonbury, it was still a bit old school when we did it, and I didn’t get out from under the bus. I spent the whole three days I was there smoking smack in the luggage bit under the bus. It was all a bit blurry.

It’ll be your third time playing Shiiine On, second time with Mondays plus last year with Black Grape, can you tell us what happened to your teeth last time you played?
Oh god yeah. I’d had implants and they had got quite old and they just started dropping out. I ended up with implants in my mouth and a plate which kept falling out. I’ve had it all fixed now though so all good.

Should be alright this year then?
Hopefully we’re fixed for the next twenty years.

What do you think makes these kind of festivals special?
Well it’s like when we get asked to do the Hacienda things, nobody is putting their arm up anyone’s back and making them go, and it’s not as if it’s full of farts as well, it’s all age groups and it’s great.

What can we expect from you at Shiiine this year?
We will be doing pretty much the set that we’re taking out for the thirtieth anniversary tour so it’s going to be a bit of everything. Bit of Squirrel and G-Man, Bummed, quite a lot from Pills’n’Thrills we’ve even managed to get some in off Yes Please.
Happy Mondays play Shiiine On Weekender in November, tickets are available HERE