Flowered Up – A Weekenders Tale 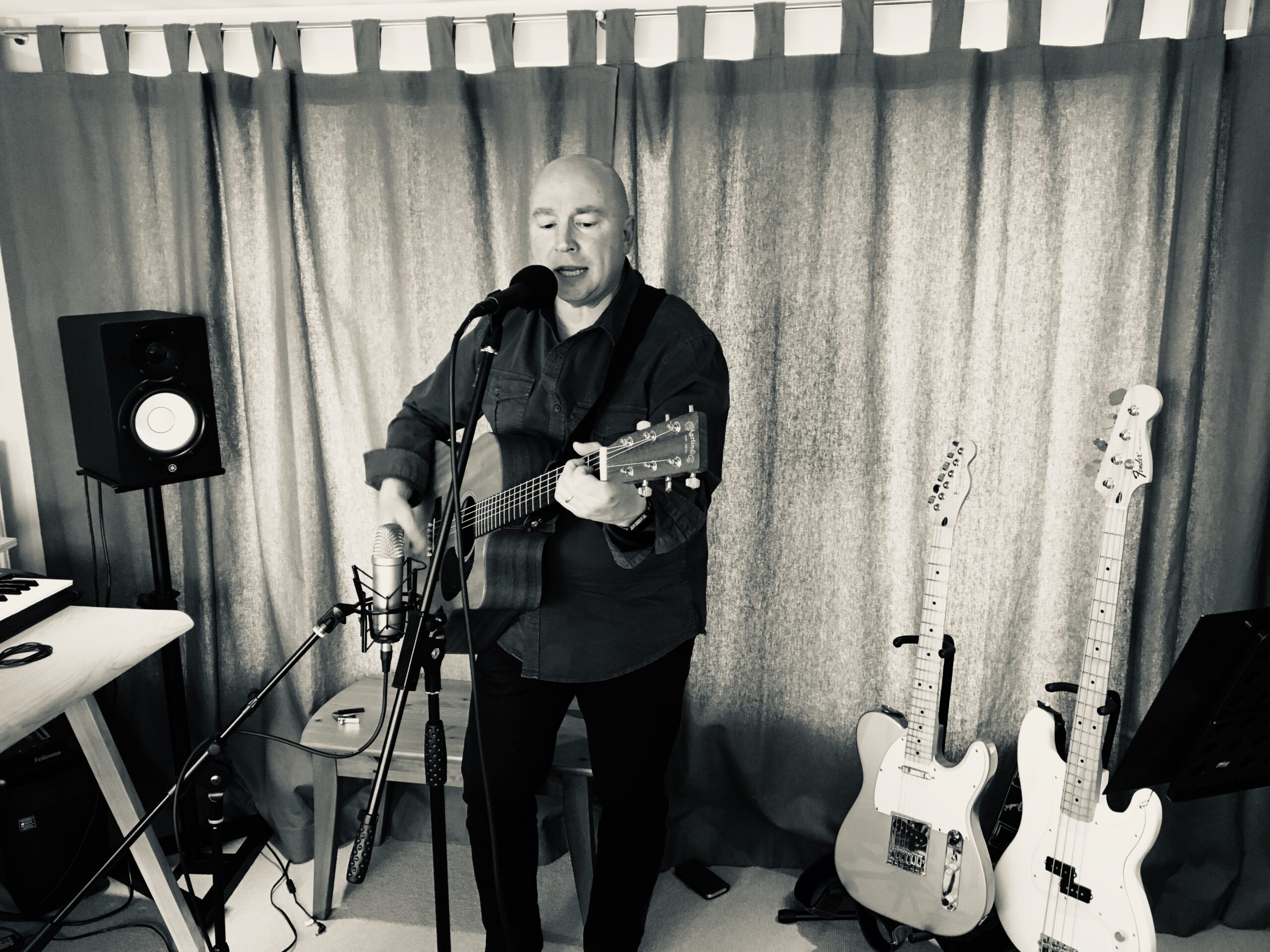 Hello Sice, well it has been quite a while since your last bout of music activity that I am aware of – the Paperlung project, can you tell us what has been going on and can we expect some long overdue new material – if so can you tell us about it?

I enjoyed Paperlung. I think that was around 2005. It just felt like something that I needed to do. I’d never had an outlet for my songs before. I did the Eggman album, but never played it live so I think I just wanted to go out and play my songs for an audience. After that, I felt like I was done. So I started putting my energy into other things. I wrote a novel – Thimblerigger – which I’m very proud of. Then I started retraining in another area that I’ve always been interested in and became a Doctor of Psychology (so it’s Dr Sice to you). That, and my children, have mostly dominated my life over the last 20 years. I figured I was done with music (in the sense of writing, recording and performing) but something has stirred in me again over the last couple of years, so I’m happy to be doing it again. I’ve continued to write songs intermittently, so have probably got a dozen or so that I hope to record and release soon.

The clip posted on social media of you playing “Wishing I was skinny” got people pretty excited and prompted a lot of fondness being expressed in the many comments for the “Giant Steps” album -it is a absolute gem. I had a look for old reviews on the net and found an old Select magazine one which said: “For 64 minutes the Boo Radleys are the best band on the planet”. Have you had any similar experiences going through the back catalogue and preparing songs for the upcoming live gigs?

Yeah, I think I have. I listened to Giant Steps again for the first time in many years, and I was surprised by how much I liked it. I used to hear all the imperfections and things I didn’t like because I guess I was too close to it, but now I can hear it with fresh ears. It sounded so enthusiastic. So excited. It was lovely to hear.

Was it frustrating the way the Boo’s came to an end and the band breaking up ultimately overshadowed what was a great final & experimental sounding album in “King Size”?

No, not really. We were ready for it. We’d been at it for so many years at that point. We were fed up. There just wasn’t the heart for it anymore, so really it came as a relief. That said, it was a hard transition to life after the band because it was the only thing I’d ever wanted to do. Kingsize is a good album, although I can hear the tiredness and ennui in it. Giant Steps, C’mon Kids, and Kingsize – they are what I’m proud of.
The current music business model must feel light years away from the one you we’re part of originally. The DIY ethos without a need for record companies, music being promoted organically online & through social media platforms, what is your take on it?

I don’t know, really. I’m not sure that it’s so different. When I read your term ‘DIY ethos’ my mind immediately went to punk where bands were making their own sleeves and selling them at gigs. Technology has made things different in the way music is transported and communicated, but I think the principles remain the same. The first Boo Radleys album, Ichabod and I, was put out by a record shop in Preston and I remember trying to make the cover using Letraset (remember that?) in the pub the night before it had to be printed. Luckily, we bumped into a guy we knew who did design so we were able to beg him to do it.

What are the current listening pleasures of Sice, anything new we may not be aware of?

I always find these questions really difficult to answer. Mainly because I don’t like bands, per se. I am a lover of songs, always have been. There are very few albums that I will listen to all the way through from start to finish. I’ll hear a song and just fucking love it, and then move on, and sometimes it will be a while before I hear something that blows me away. Last thing that did that… Kate Tempest: Firesmoke.

Playing at the Shiiine On Weekender where you will have reacquainted with a few old Creation records luminaries such as Bob Mould – Swerverdriver – Jasmine Minks, Looking forward to it?

Yeah, it will be lovely to catch up with a few friendly faces that I haven’t seen for 25 years.