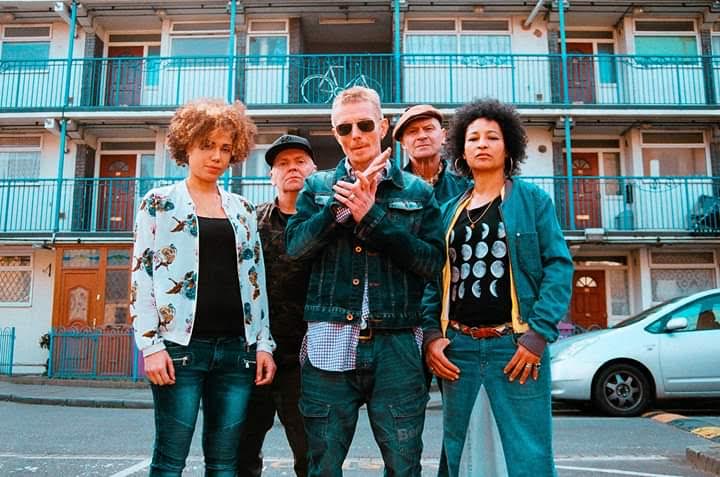 The Stereo Mc’s set at the first Weekender has legendary Shiiine On status! Ahead of their return to the Skyline on the Sunday of this year’s festival we spoke to founding member Nick Hallam from the band

It’s been seven years since the last full album, the brilliant “Emperor’s Nightingale” – do you have any plans for another album soon?

We have a lot of material but we’ve been enjoying doing one off club tracks, we’ve done tracks with Terranova, 2 with Adam Port, Sante, Anja Schneider, DJ Hell and new track out this week with Third Son. We will get around to putting an LP out hopefully middle next year.

You have the record label “Connected” which seems very active. Are there any releases coming up we should know about?

The label has been going great and its fun . Coming up new releases from Aaaron, David Mayer, Stereo MC’s and Yotam Avni and many more.

The Stereo MC’s sound now has a lot less rapping by Rob and is more song based vocals. Was this something that evolved with Stereo sound , or maybe a different approach to the song writing?

Really the vocals have developed naturally, wasn’t a conscious decision to make it more or less any one thing just whatever the vibe was/is. Sure we have experimented with different ways of song writing just to break away from any comfort zones.

A lot of people like myself discovered your music through you playing on non-dance music line ups in the early 90’s, gigs with Happy Mondays at Elland Road and the big U2 Zoo TV gigs. I think you were the first to make the crossover from dance and rap culture to a traditional rock audience. Is this something that still occurs & give you a buzz – going off some of the diverse festival’s you play?

Probably less diversity possible at live shows now as everything is melted in together but yeah it was liberating to be on bills where we weren’t really meant to be. We just wanted to have as big a sound system as all the more rock/guitar bands as when we were starting it was more usual to be put in a club with not much scope for edge.

Following on from that, your appearance at the first Shiiine got a amazing reaction. Possibly the most requested band to return to the line-up, Are you looking forward to playing again at this year’s with Orbital & Peter Hook?

Yes of course, the first one we did was great

What is the current line-up of the Stereo MC’s when you play Shiiine.