Miles Hunt added to the Shiiine On Weekender line up 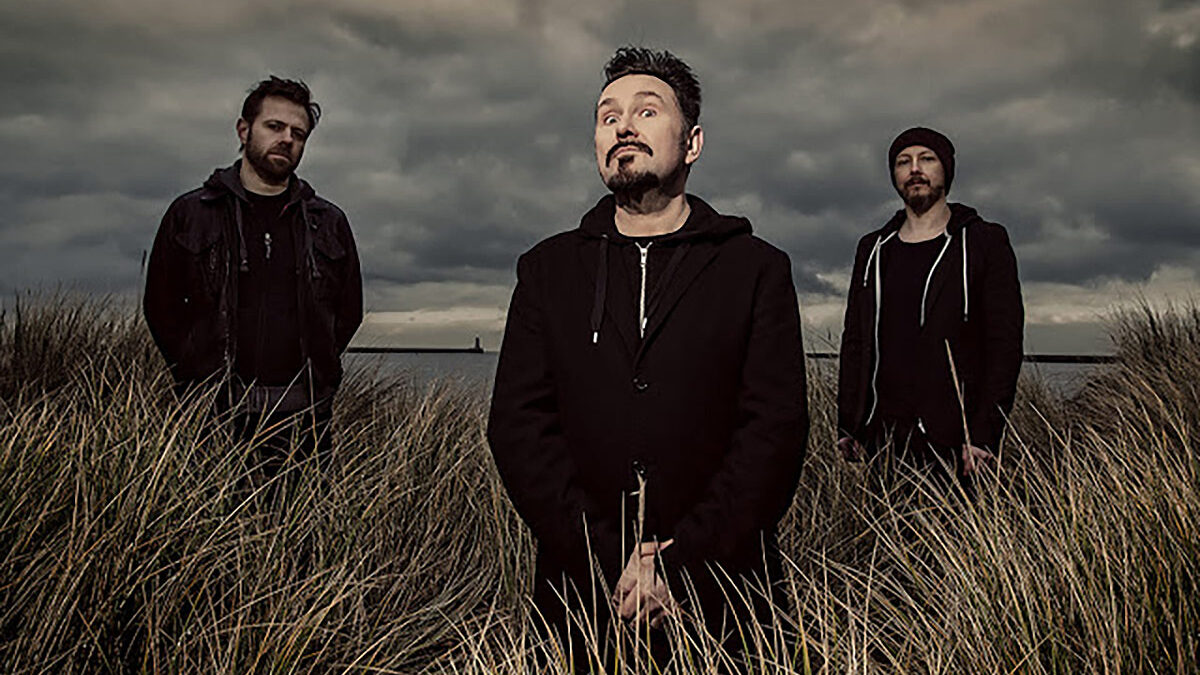 Ahead of their Main Stage slot in the Skyline on Saturday 12th November, we caught up with Therapy? To find out what they have in store….

Hi! Starting off with an obvious one, are you looking forward to the show at Shiiine?

I’m really looking forward to the show. Great event in an unusual location for us and after 32 years we love new experiences. We intend to enjoy every minute of it.

Is there anyone else on the line up you may be sticking around to see?

Oh yeah, we recently caught both Ash and Reef live and they were brilliant. The Frank and Walters we knew back in the day so it’ll be lovely to catch up with them, ditto Power of Dreams. I’m a big House of Love and Ride fan so i’m looking forward to checking out the HoL set and what Andy Bell has in store. Hopefully bump into Steve Lamacq too. He once toured with us and DJ’ed between bands, we had a lot of fun.

What can we expect from the set – will it be the greatest hits?

Yes. It’ll be songs destined for maximum impact. No point bringing our death-jazz infused bangers from 2009-2012. Wonderful as they are they may not help keeping the atmosphere a positive one.

The 32nd anniversary of your debut single has recently passed. When you started out did you think you would still be here playing shows in 2022?

Absolutely not. In the North of Ireland in 1990 it was quite a feat getting a couple of songs recorded, pressed on vinyl and played on local radio and John Peel. Since then we took it release by release. People forget that by the time Troublegum (our best known record) came along we’d already released three albums and a ton of singles. some bands don’t even stay together for four years.

This ‘take it slow and steady’ mind set alongside the desire to be musicians not pop stars/celebrities has helped us in the long run.

How is playing live now compared to when you started?

It’s actually a lot more enjoyable. We’re better players for a start and the longevity has helped us appreciate and enjoy what we do. We don’t have any pressure to culturally keep up with trends, we have slowly built up a fan base and it’s not a disaster that we’re not moving in the same circles as the great and the good of other players in the ‘biz’. We recently found an early set list from 92 and we only played about 40 minutes. Back then we would also have played everything twice as fast as on record. These days the biggest problem we have is leaving tunes out. After 15 albums people are always going to pine for tracks we don’t play.

To celebrate the bands 30th anniversary you have released a rerecorded album of your greatest hits (The Abbey Road Sessions). What was the idea behind this (as opposed to releasing the standard greatest hits compilation)?

We’d already released a standard Greatest Hits in 2000 and we wanted something unusual. A live album was suggested but we weren’t on tour at the time and a hastily arranged gig in a random venue with an unrehearsed band would have been underwhelming. Our friend and producer Chris Sheldon (Foo Fighters, Biffy Clyro etc) suggested we go into Abbey Road for versions of our 12 UK Top 40 hit singles. This was the best idea and a fantastic experience. We’d mastered an album at Abbey Road before but never recorded there. The tracks were done more or less live. We started at 11am and finished at 10pm.

You recently did an acoustic tour – how did that come about and how did you find those gigs?

Being around as long as we have we know that it’s prudent to constantly change things up so as our fan base don’t get bored and take us for granted. The acoustic shows worked on a different level. Without thousands of watts of amps the strongs were stripped back and delivered in intimate settings. The audience enjoyed the storytelling between the songs best. In these gigs we were able to lay bare the process of being in a band and touring. People left feeling they’d watched something quite unique from us.

You’ve previously said you are due into the studio to start recording a new record – is that still the case?

The new album is recorded, mixed and mastered. It’ll see a release on Marshall Records very early 2023. It was recorded at Marshall Studios, produced by Chris Sheldon, features ten tunes and is called Hard Cold Fire. It’s full of empathetic melody, noise and propulsive rhythm. We love it.

Can you give us any insight to what the new album may sound like?

See above but if you’re familiar with Therapy? then it’s not a million miles away from Cleave, Troublegum and Disquiet with a 21st century production.

Thanks for your time – see you in November!

Thanks for having us on the bill at the festival, we’re looking forward to seeing everyone there. See you in November. 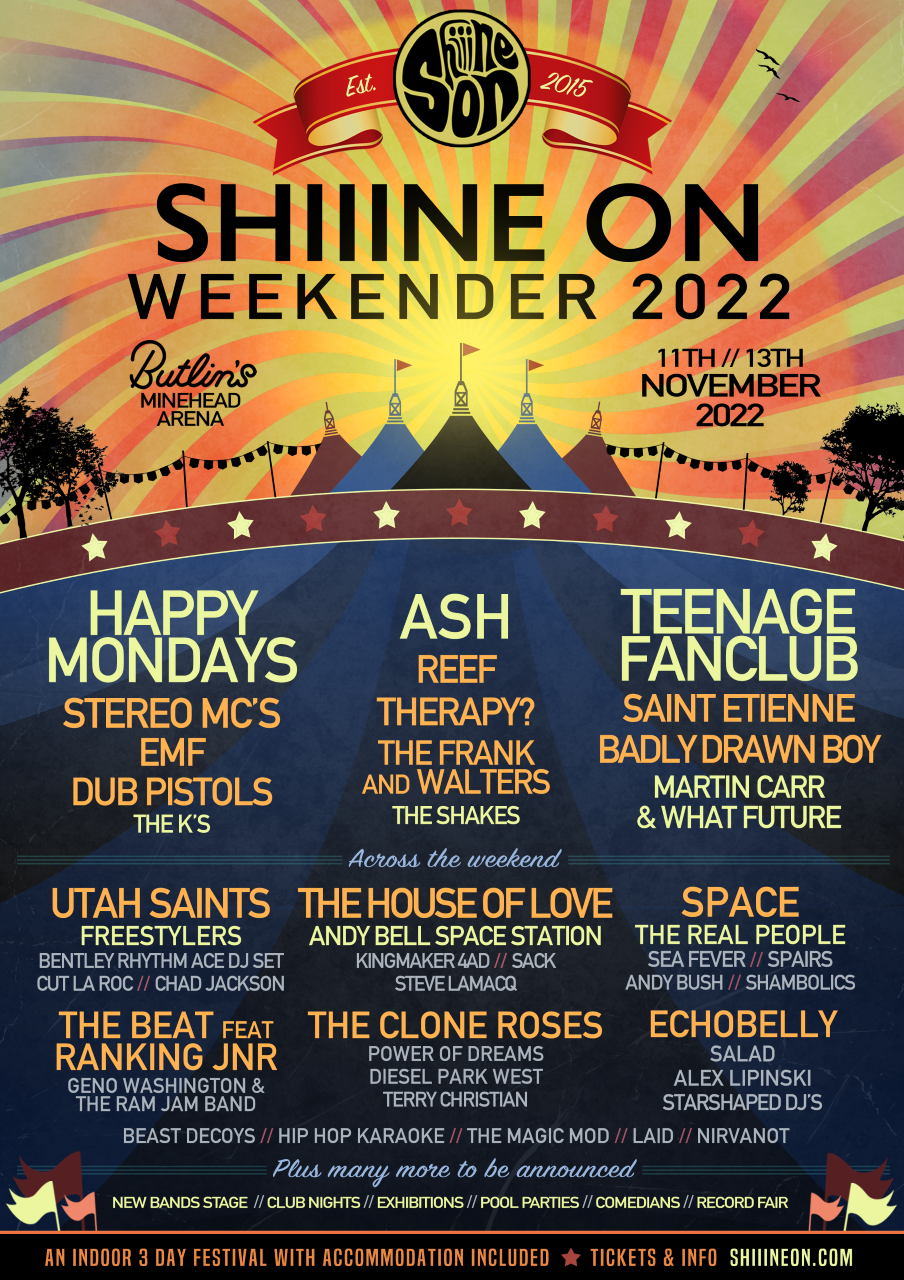 Shiiine On Weekender 2022 – Line Up Announced