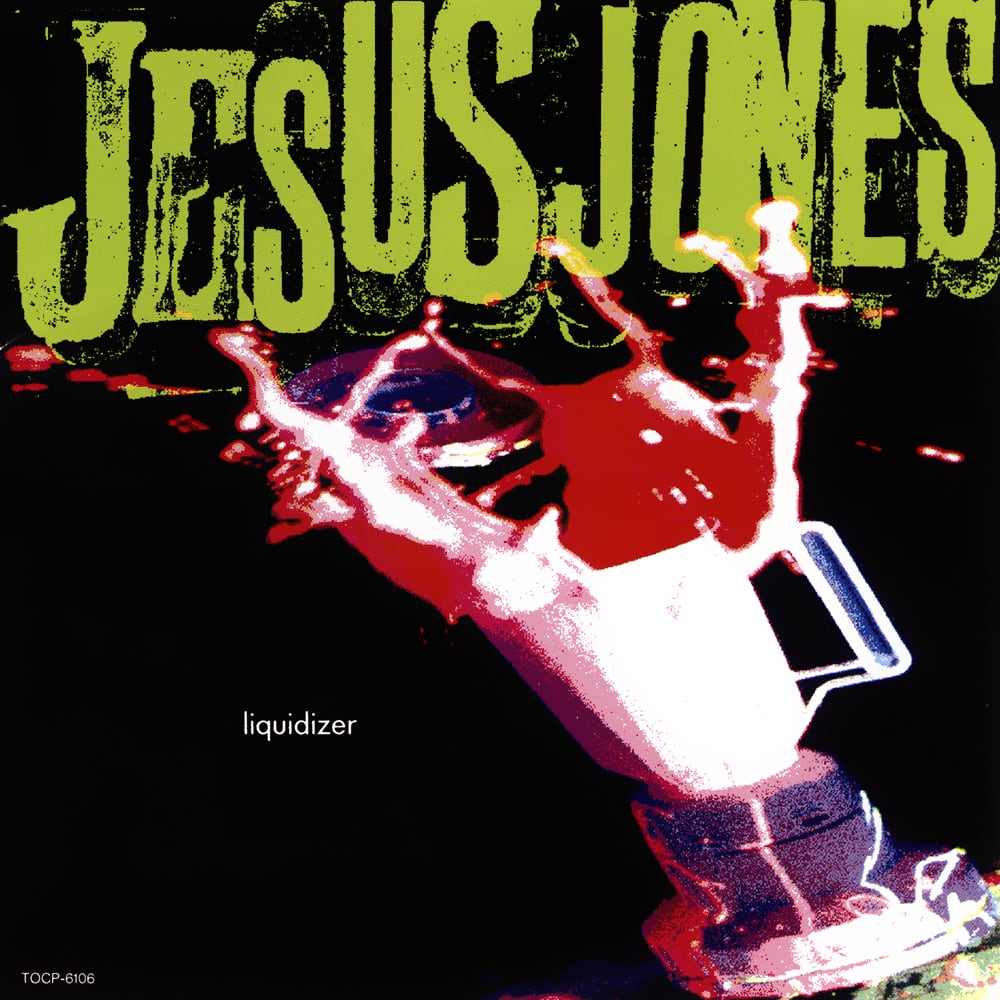 During three days of extraordinary performances all around at this year’s Shiine On Weekender – one of the very best was Jesus Jones on the main stage & their blistering run through of tracks off their debut “Liquidizer” album. Something they will be doing all over again for us in the more up close & intimacy of the Shiiine On mini cruise 2020.

With “Liquidizer” being in the midst of its 30 anniversary and celebrated in the best possible way by being played live recently – we asked Mike Edwards for some memories & recollections from Jesus Jones recording their debut album.

Mike Edwards: Recording Liquidiser, memories from 30 years on I still have a clear overall impression of what it was like to record Liquidiser. It was the first Jesus Jones album and it was incredibly exciting to make, to be in the situation we’d dreamed of for years: a proper studio, a producer (Craig Leon) with a fine track record, sold-out gigs, a lot of great press and a couple of singles having nudged the Top 40.

A year beforehand we were just another London band scrabbling for gigs and without a record deal, probably not far from giving up any hope of having a career in music – that seems ironic given that we’re still touring, playing songs from the album 3 decades later. That combination of glamour and gritty reality were reflected in one aspect of the sessions where although the might of EMI was behind our hotly tipped new band, they wouldn’t grant any budget for me to eat in the studio with the producer and engineer, even though I was there up to 15 hours a day.

We hadn’t really proved ourselves enough by that point. In those early months everything happened at breakneck speed so I was always in a rush, writing songs in the morning, recording in the afternoon. It was the summer of 1989 and I recall sitting on the floor of the dingy north London flat that drummer Gen and I shared, trying to force out some song lyrics in a hurry as the morning sun streamed through the window. In the studio, the Tiananmen Square protest was on the TV and the fatwah against Salman Rushdie was still recent news. In a few months the Berlin Wall would be down. Acid House was starting to morph into New Beat and then Techno. Hip Hop was not even close to being mainstream.

Birdland, My Bloody Valentine and the House of Love were the darlings of the music press. Other, more specific memories; being asked by the producer to play some guitar on a song by The Fall, with Mark E. Smith in the room, withdrawn but polite. The studio’s daily rate being the same as the price of this MacBook Pro I’m typing on, and I don’t mean “in today’s money”, I mean pound for pound, 1989 versus 2019. Despite that the smell of sewage outside the control room. Taxi rides home from the studio, one that aided the lyrics of Liquidiser’s opening track (Move mountains), one that could have sent my life in an entirely different direction had I not shouted at the driver to avoid a bollard in the middle of the road as we did 60 mph at midnight. Myriad mixes of the same song, frustrated at trying to get that mix of rock guitars on a house backing track to sound right, squeezing the square peg into a round hole. Trying to get that Big Black guitar sound and mightily pissing off the engineer with the low tech-ness of it.

By the end I was annoyed that the gap between recording and release was so long (3 months), slightly disappointed with the sound of some of it (hence the recent re-recordings) and frustrated with what I perceived as the album’s lack of success – Top 40 but not the Top 10 I was convinced it should be! 30 years later however, I’m really pleased with that cornerstone of our career, laying the foundations for everything that came afterwards, including me still talking about it, even now.