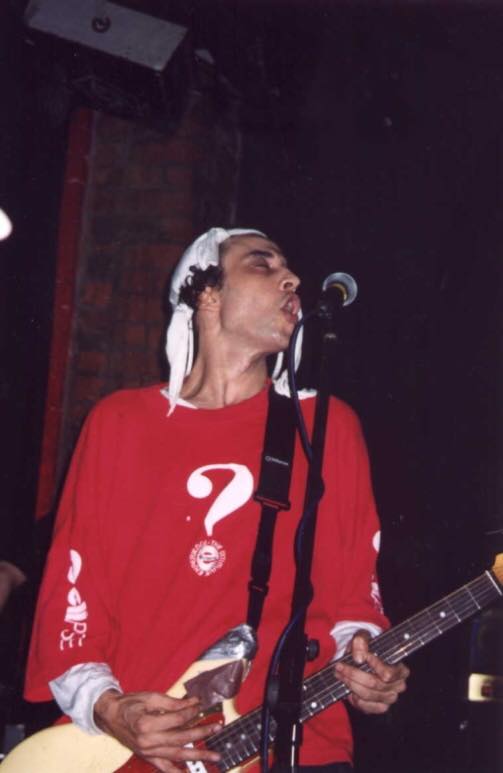 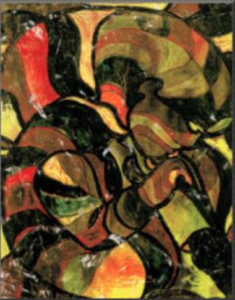 Alan (Reni) Wren is the world renowned drummer famed for drumming with The Stone Roses. Lea Mullen was in Little Caeser, before the band eventually became known as The Rub. Here we have an exclusive interview with Lea who speaks exclusively to Shiiine On blog.

Shiiine: How did you first get to know Reni?

LM: I first met Reni when I worked at a musical instrument shop in Manchester called A1 Music maybe late 1980’s.

Were you aware of Reni before you knew him?

I was aware of The Stone Roses but not really of Reni believe it or not. I didn’t really take notice of the Manchester music scene at that time, I was more into jazz and Led Zeppelin.

Was this way before joining The Rub?

Long, long time before The Rub.

How did you join The Rub?

One day I was in a rehearsal room playing drums the door opened and Reni walked in. I didn’t recognise him because I hadn’t seen him for maybe three years, and he had a big beard. He said to me “I want you to play drums in my band, you play just the way I vision my songs to be played “. The band then was called Little Caesar so maybe a year even before The Rub.

Who else was in the band at this time?

I was summoned to Al’s house in Whalley Range where we listened to the tracks which were recorded on a little 8 track. Pete Gardner was on bass, so just the three of us.

Were there any specific songs that you were working on?

There were songs he wanted Pete and I to learn. He had written a full rock album all drums all guitar all vocals he’d done all the demo’s maybe, 10/12 songs.

Were you just playing the drums in The Rub?

I was just playing out and out rock drums in the band.

Were any of the rehearsals you played on get recorded?

Al recorded everything we did. What he used to do was record on old audio tape cassettes. We also recorded at Spirit Studios for a while in Manchester on Tariff Street. Me, Pete and Al would rehearsal all day, have a break then do the whole thing again double tempo. One of the nicest things he ever said to me was “ you’ve got a bass drum foot like John Bonham”.

How long were you a member of The Rub?

I was a member of Little Caesar for 6 months and then when the name changed to the The Rub maybe 12 months.

What kind of relationship did you have with Reni?

I love Al, while I was working with him I got to know him his partner and his children really well lovely people, he is a really generous person, very head strong, knows what he wants which could sometimes to people who don’t know or understand him to be arrogant but he isn’t at all – he’s not just an amazing drummer but an amazing all round musician and a lovely man. He always treated me with nothing but respect.

He was a player of many instruments; did you see this in rehearsals?

He would mainly play guitar and sing in rehearsals.

Did he ever drum in rehearsals?

Not that I remember, he always gave Pete and I plenty of homework to learn so I just learned what he wanted me to play, almost like being a session musician.

Why did you leave The Rub?

I really couldn’t commit in 1998/99 to the busy rehearsal schedule and I thought it wasn’t right to mess Al and Pete around, so I made the difficult decision to leave. We parted on good terms. I’d also had a call from happy Monday’s management offering me some touring work with them playing percussion.

Did you see The Rub when they went on tour?

I saw the them in Manchester at the Academy.

Try to, but haven’t seen him for a while.

When was the last time you were in contact?

I was last in contact with him when he invited me to The Stone Roses shows but unfortunately, I was away on tour so couldn’t attend any. Before that he played Roland TD 25 drums in his attic for me on a track called Inside by Jooks which is on iTunes.

Were you pleased to him back on stage with The Stone Roses?

I was really pleased to see back where he belongs on the big stage.

What other bands have you worked with?

Other groups I’ve worked with my band buffalo 66 , Inspiral Carpets, Happy Mondays, Paul Ryders Big Arm, I’m on Paul Heaton number 1 new album Manchester Calling and one of the first people I jammed with was Noel Gallagher when I was 14. Craig Gilly ,God rest his soul, was a friend of mine about 2002 he took me into their studio in Cheatham hill and I recorded some percussion so they could run it live instead of taking a Percussionist on tour I did bongo, congas tambourine and shakers.

Whats on your playlist at present?

Play list; Pat Metheny and What Heat By Bokante. 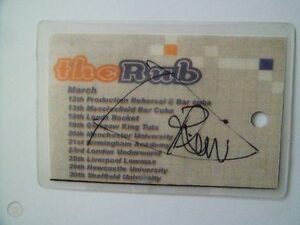