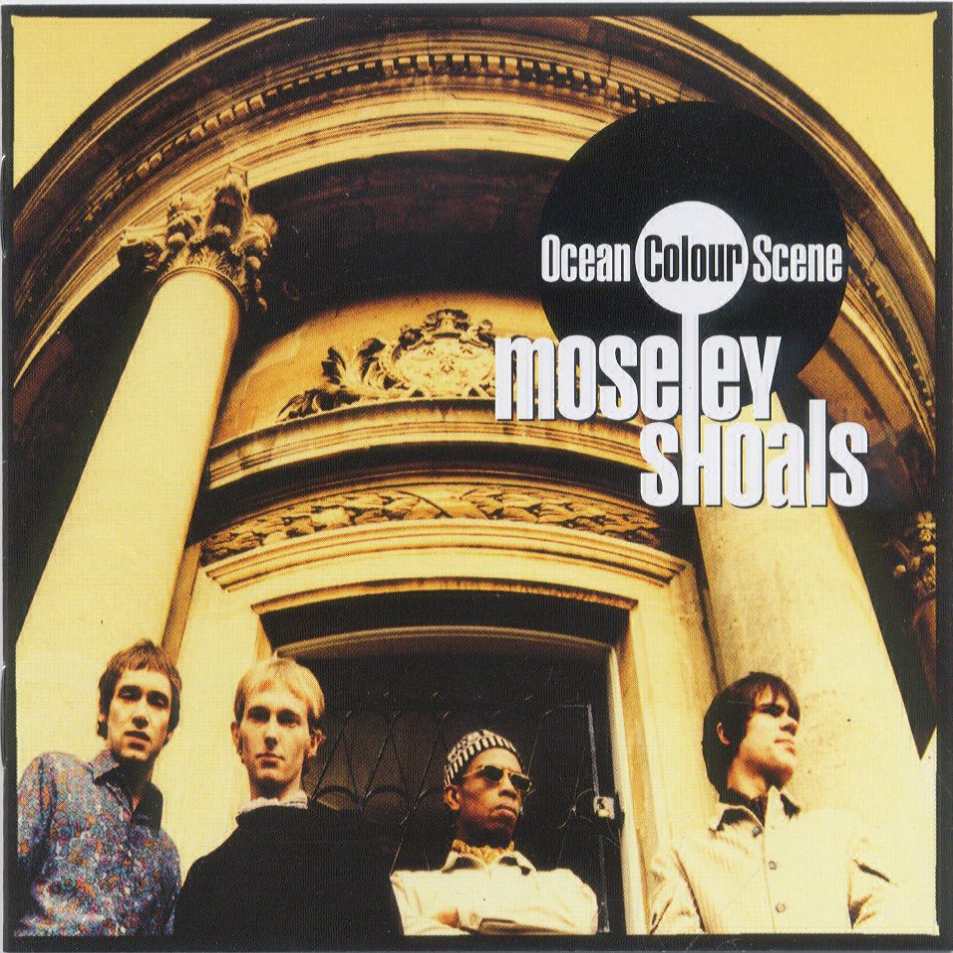 Britpop was quite a loose lazy journalistic coined phrase that neatly packaged a whole passage of music and time in to one box. Camden chancers and mockney wannabe’s centred on a few boozers and clubs in and around a North London high street was the default media description. In truth it was a rich period of music during which a handful of bands who were head and shoulders above the rest released some classic albums of real lasting quality, albums that have a strong legacy and are revered and loved as much now as when released.

One of those in that category and a genuine real standout album is Ocean Colour Scene’s Moseley Shoals. A record slightly at odds and out of sync with a lot of what was going on around it, an album of more heartfelt themes and focused on the song writing and musicianship but also contained a some real upbeat stompers, it was a record that caught the imagination of the record buying public and has become an endearing collection of songs for many. Moseley Shoals became ingrained in a musical period and movement that it had very little relevance and kinship with initially but in a contradictory manner also became the perfect fit with.

OCS were by no means press darlings and there was an air of cynicism and suspicion aimed towards them from the influential king maker’s of the music weekly’s, this was second time around for OCS. The debut self-titled album four years earlier which had a great lead off single called “Sway” was released and disappeared very quickly with the band written off before it had really begun. A regrouping and continuing of work with producer Brendan Lynch as with the debut, paired with Steve Cradock now becoming a member of Paul Weller’s touring band would spark a change in fortunes and a raise in profile.

Steve Cradock had been part of “The Smoking Mojo Filters” alongside Weller, Paul McCartney and Noel Gallagher for a recording of ‘Come together’ for the legendary War Child charity album ‘HELP’ at the end of 1995. A few gigs were played with a fledgling Oasis who were starting to create their own earthquakes around that time, a compliment paid back at the well documented Camden Palace gig for the “Day tripper” finale.

Interest started to build rapidly ahead of lead single “The Riverboat Song” which was picked up by old ginger bollocks himself Chris Evans who gave the song maximum exposure on his radio show and later on his enduring TFI programme. There was no doubt this was a part of propelling it to the number 15 spot in the chart, aside from the fact it has one of the best and most memorable opening riffs of the last 20 years.

The album, a superbly produced and crafted collection of twelve songs, was released early in April just prior to the first OCS appearance at the first Oasis mega gigs over that year, firstly the Legendary Maine Road nights followed by Loch Lomond and the opening night of the Knebworth weekend. The album went on to achieve the number two spot and amassed over a million in sales.

The singles alone released from Moseley Shoals have become anthems and timeless classics with some absolute quality B sides on them, something great that re-emerged during the era after the avalanche of multi format releases. One of them “Travellers Tune” the B side of the albums biggest single and rousing sing along “The Day We Caught The Train” was rerecorded with PP Arnold and became a hit in its own right, “Huckelberry grove”. “I want to stay alive with you” and probably the best of them all “Robin Hood” a song that has become a fixture and high point in any OCS live set.

Moseley Shoals has had a few anniversaries now, and no doubt has a few more left. It will be sure to feature heavily in the skyline arena in November, here is a playlist of the Moseley Shoals gig at the Glasgow Hydro to get you in the mood