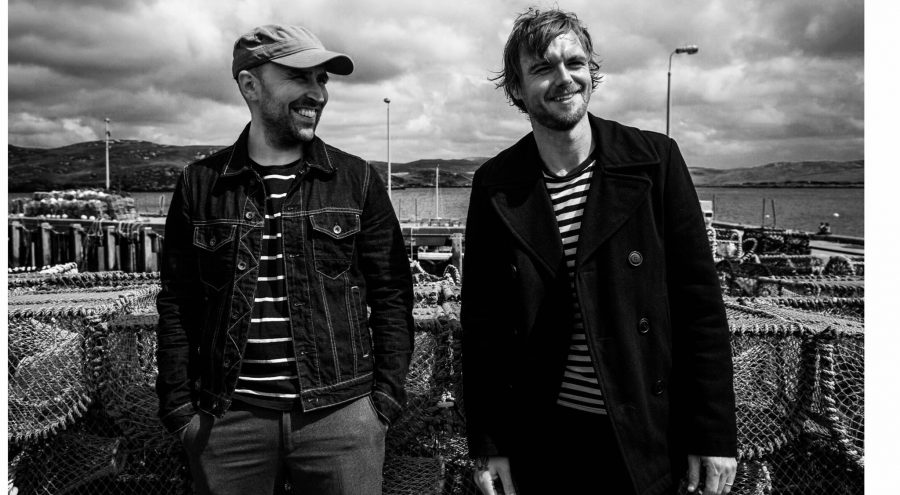 Can I start by asking about the origin and beginning of the bands history for those who may not know, I assumed you were native Glaswegians but that doesn’t seem to be the case?

Willie and I grew up on the Isle of Lewis and have been best pals since we were up at 10 at 11 years old. We both moved to Glasgow relatively young and we both moved to Glasgow relatively young and Astrid was formed when we were about 18 years old with Gareth Russell (also from Lewis) on bass and Gary Thom on drums. We became friendly with the Belle & Sebastian crew around the Tigermilk time and used to perform at The Halt Bar’s open stage every Saturday. When B&S released ‘If You’re Feeling Sinister’ they took us on their first British tour.

Over a decade between the band being disbanded and a reformation a couple of years ago, what is the story and inspiration behind Astrid to start making new music again?

Willie and I have always remained friends and been very supportive of one another with individual music projects. We’d never talked about doing Astrid again but knew we wanted to do a record together. I was living in Los Angeles at this point. We started sending demos to one another and pretty soon realized that what we had really felt like the follow up to strange weather lately, the first Astrid album. It was clear we’d written an Astrid record. Willie flew out to LA and we recorded the album live, in 5 days at Canyon Hut studios in Laurel Canyon.

As well as the Shiiine On performance you have a few gigs in a venue & with a person inextricably linked with the Astrid history, I am referring to the famous King Tuts Wah Wah Hut and the genius Edwyn Collins, can you tell us about the bands association with Edwyn?

Edwyn and his wife Grace have known us since we were kids. They are some of the most wonderful people we’ve been fortunate enough to have met along the way. In terms of Astrid I personally think the most memorable era of the band was recording our first few singles, EPs and debut album at West Heath Yard with Edwyn producing. We learned so much from them both and honestly they’ve been so good to us over the years. They put out my solo record in 2013. And it seems like the most natural thing in the world to release this record with their label because we totally trust them and we’re all friends first and foremost. We all share the same sense of humor and the same pop sensibilities.

One album back in together the recently released and marvellous “Fall,Stand,Dance”, is this the start of a new chapter in the band that may continue with more new music & albums in the future?

Willie and I have already written the next record. It would be great to get Edwyn to produce the next one. We were still really young when we broke up. I have to say since we’ve reformed we’ve played some of the best shows we’ve ever played, have a great band and are way less mental!!

The Shiiine On weekender in November, a few familiar names and faces on the line up, anyone you are hoping to catch while you are there?

5 Astrid tracks that would make a ideal introduction for anybody who may not be familiar with the band & is heading to the weekender?