This year’s Shiiine On Weekender closing party will feature a set from the brilliant Dodgy, one of the best live bands around as they have been demonstrating on their recent ‘Homegrown 25’ celebration gigs. Homegrown has remained one of the most enduring albums and a real centrepiece record of the era – a collection of superbly crafted songs awash with those trademark melodies.

We spoke to the affable and brilliant Dodgy drummer Mathew Priest ahead of the Weekender.

Homegrown has now reached the 25 year old milestone , the album is currently being celebrated by band & fans alike , does it still surprise you how much this record and songs still resonate with people? It is a touchstone and benchmark album of the particular era.

Touchstone AND a benchmark, sweet. It’s been such a buzz for all of us to play it again. But saying that, I’m not sure we ever played it in full the first time around, it wasn’t really a thing back then. You realise that it’s simply a positive, happy album full of beautiful songs made by a band who were really getting into their stride – the songs, the playing, the attitude all worked together. What’s not to like? The band and the fans all felt like we were on the same side, we still do.

Do you have fond memories and recollections of making the album in Rockfield and working with Hugh Jones and Ian Broudie?

It’s a bit hazy but I think we started it in Broudie’s studio in Liverpool where we started about three songs (Melodies Haunt You, One Day and Waiting For The Day) until Ian made the decision to concentrate on his own album (Jolification), then we reconvened in Rockfield with Hugh Jones to do a bit more and then onto The Chapell in Lincolnshire, that’s when Homegrown really started to take shape. Rockfield is where we bumped into the Stone Roses and the King Monkey story was born. Surely you must have heard that by now? Flag me down at the festival and I’ll tell you the story or in fact it’ll probably be written on my gravestone – Here lies the man that invented King Monkey

There has been some journey for Dodgy in those years since Homegrown – line up changes a few hiatus in between and the music industry in general being turned on its head and back again! Do you think it is a better model for new bands starting up with all the access available or relieved to have been able to have done it the way you did?

Nowadays if you’re starting out you have to approach it with totally different expectations – essentially don’t expect to earn money or sell records.
Not to say there aren’t any exciting artists around, there’s tons, but I think Steve Albini called it right a few years ago when he said predicted that music will become like a hobby for artists who will have to find other ways of subsidising their passion.

It’s a bizarre situation where the music industry is saying that Spotify has saved the industry because nobody talks about ‘piracy’ anymore. Which is a bit like being saved from drowning by a shark who bit both your legs off in the process. Yeah, it’s amazing for the consumer but not so great for buying mansions for rock stars, which is probably a good thing. But yeah, I’m happy we made it when we did, music seemed to be more culturally important then. 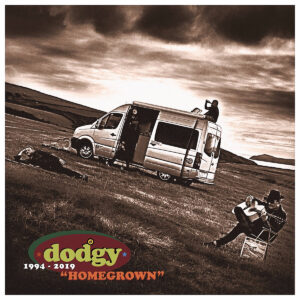 It is around three years since the last new Dodgy album, as you have been very active in those preceding years – has the song writing and creative juices been flowing within the band and can we expect any new music in the near future?

There’s always new songs coming through, Nige has written some absolute belters recently but it’s just a case of what we want to do with them. Nobody sells albums in nowhere near the quantities they used to sell, so therefore the budgets for recording them are very small – which is aceholes if you’re making it on your laptop in your bedroom, but a tad difficult if you want to make luscious pop symphonies. It means you have to make sacrifices, if you want a string section on some tracks then that’s the coke and hookers budget gone. It’s tough.

Are you looking forward to playing Shiiine On and what promises to be a massive closing party along with a few artists I imagine you have crossed paths with over the years – Bez & Rowetta and The Farm ?

I’ve played Shiiiiiiine On a couple of times before- once with Dodgy and once with the Icicle Works. It’s proper mental, especially in the small hours of Sunday morning, some right mangled characters walking around, it’s like chucking out time in Middle Earth, so Christ knows what it’ll be like by Sunday night. It’ll be an honour to play with those guys though, proper decent fellows.