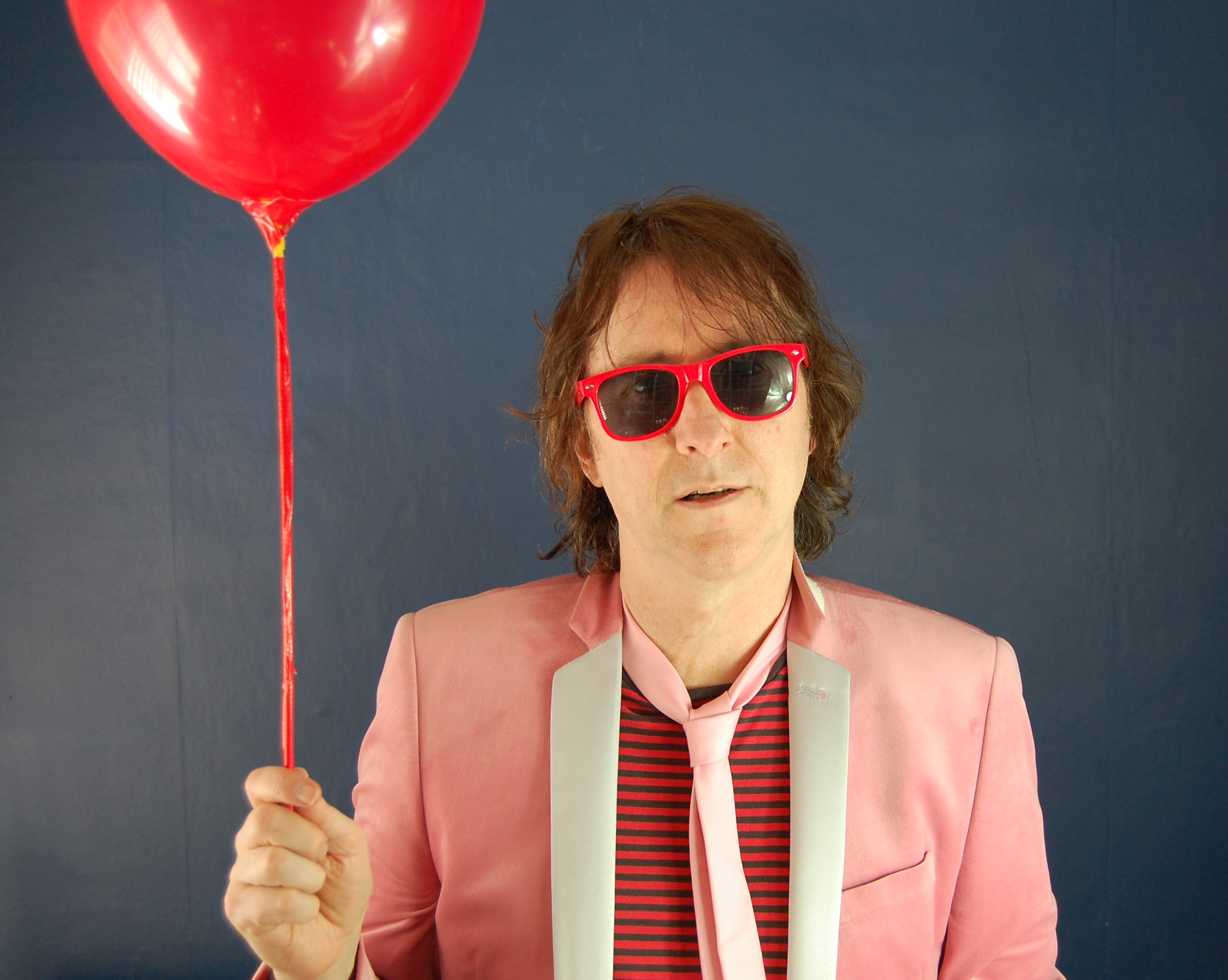 On the back of last years amazing ‘Pop Up Jim Bob’ album, the one and only Jim Bob is at it again. The 20th August will see the release of his new album ‘Who Do We Hate Today’ (we’ve heard it and it’s amazing!). We caught up with the man himself for a quick natter and find out what it’s all about…

We wait seven years for a new set of songs and album – just like a pandemic summer we get a second. You seem to be inspired & in a very rich creative phase ?

It was a bit of a snowball effect really. I recorded and released Pop Up Jim Bob and because it did so well it made sense to carry on and write some more songs. I felt like a working musician again. It can take me ages to get started on new stuff but once I get going it all happens quite quickly. Also, like everyone else in the world, I wasn’t really doing anything else. It’s a cliché but it gave me something to focus on.

“Pretending to be Cillian Murphy”

I was convinced the “Pop Up” album last year would be the touchstone and musical time capsule that referenced the last 18 months like no other. I am amending that theory. “Who Do We Hate Today” manages to encapsulate everything from the bleak landscape to the unusual pleasure derived from empty deserted streets – The continuously grind of online anger to absurdity and influence of meme culture. Lyrics that offered me pause for thought.

It’s weird but as the release date approaches, like with Pop Up Jim Bob, I’m noticing things on the news that I might have written some of the new songs about. Obviously it’s all coincidental. But I hope everything bad in the world isn’t my fault. Maybe I should make an album about peace and love and everyone being nice and getting on and see what happens. 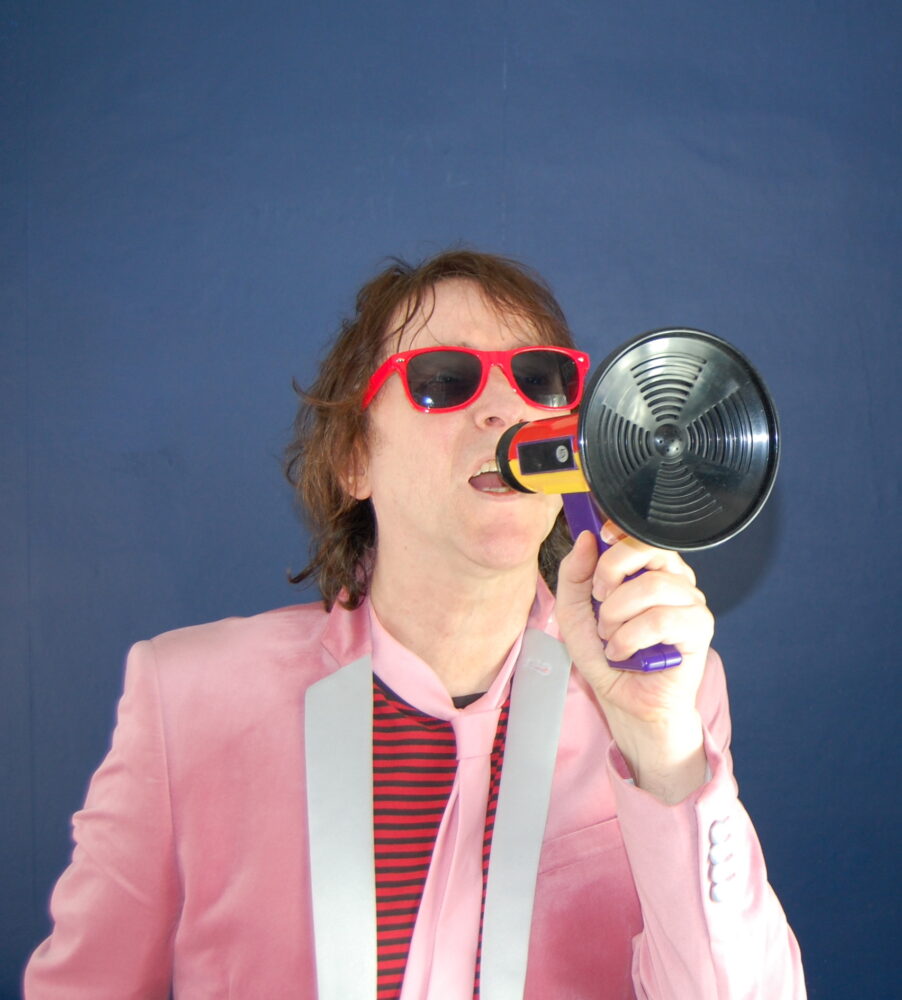 Can we have a few insights behind the songs please Jim ?

It’s the simplest song on the album, where I see the world as a computer system that needs restarting to fix all the bugs and glitches. I hadn’t thought about it till now but Steve could be God. Where’s the Backdoor, God?

I’ve always been terrified of random acts of violence. I hate myself for it but I definitely feel a huge sense of relief when there’s a murder and the police say the victim and murderer were known to each other and they aren’t looking for anyone else in connection with the crime. Sometimes I’ll be walking along the road and the thought will enter my mind that a passing car might deliberately mount the pavement and drive into me. Or I’ll become so convinced that I’m walking towards somebody who’s going to do me harm when we pass each other, that I’ll cross the road. Some of the imagery in the song comes from the unexpected terror attack in Streatham (where I was born and visit a lot) last year. A lot of these awful terrorist attackers have really stupid and ridiculous, idiotic aspects to their violence. If they weren’t so horrific we might laugh at them.

3.Summer Of No Touching

It’s about the first lockdown and how strange and scary it was. Worried about running out of toilet roll and losing the internet, regretting getting rid of the DVD player because Netflix might go offline or at least the wifi signal would become too weak to watch a film in HD. Being scared to leave the house and then eventually going out and wondering where everybody was. Where were all the cars and why were the only people on the streets joggers or dog walkers? And then seeing stars over my house for the first time and wondering if the pandemic might have a positive aspect. The chorus about dancing like everybody was watching refers to the fear of being seen by the neighbours of the police dancing too close to somebody. I was pissed off when I was told it couldn’t be played on the radio because it was about the pandemic. Utterly ridiculous.

It feels like over the past couple of years I’ve become aware of more and more opinionated and angry loud men banging on about what a bad deal they’re getting. Tony is one of those men, with some other horrible personality traits thrown in. I suppose if there’s one theme that runs through the whole album it’s toxic masculinity. It wasn’t deliberate and to be honest I’m not even 100% certain what toxic masculinity is. But I almost miss the days when men like Tony just presented primetime TV shows about cars and how great petrol is, and we could just change channel.

5.Karen(is thinking of changing her name)

I was imagining what it would be like to be mistaken for a ‘Karen’ just because it happened to be your name. And having to change it to make your life easier. I like the New Ordery even Morrissey-ey sound to the recording. Ironically, as Morrissey is probably King of the Karens. Which incidentally sounds like the title of one of his albums.

Who did the recording of the album take place , remotely or were you able to get into the studio with band ?

We recorded it during the lockdown when we weren’t supposed to go anywhere or travel unless it was absolutely necessary. Lockdown 2 or 3. Luckily for me, Jon Clayton, who plays bass and synths on the album and engineered and produced my last few records had just moved his recording studio to ten minutes walk from my house. It meant I could get there without coming into contact with anyone. I was certain the police would stop me and ask me where I was going and I’d have to say I was recording a pop album and I’d be fined ten grand because pop singer isn’t an essential job. We couldn’t get the whole band together at one time which was a shame and we had to record one person at a time. We went through a lot of hand sanitiser.

A tour towards the end of the year (everything crossed) that began as a “Pop Up” tour now offers the luxury of a set list dilemma of unplayed  riches ?

It’s great to have so many new songs to play live. And because my two newest albums are my most successful it won’t be like playing new songs that nobody has heard. The newer songs are more like the old classic songs. It’s the earlier solo stuff that nobody knows. It feels like a very long time since I performed live. I have the feeling it’s going to be incredibly moving for all of us. Like the first Rolling Stones gigs after the Second World War.

And finally Shiiine On. The “30 Something” set was one of the events all time glorious highlights .Looking forward to playing there again?

Very much so. It will be interesting/fun/terrifying to play with a full band for the first time. We will do some Carter songs but I won’t have my usual safety blanket of knowing I can stop what I’m doing if it’s going badly and play Sheriff Fatman. I hope people dance.