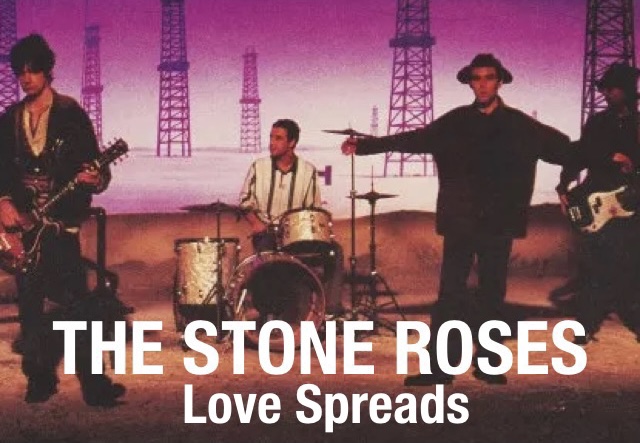 What was the first music you remember hearing?

I was about six years old, Bob Dylan song- one of his first recordings. He was singing a cover of a Woody Guthrie song called “I Ain’t Got No Home In This World”. There were several other folk singers covering Guthrie tunes on this compilation  LP, but I only liked the Dylan track. had fun spinning it on my old man’s record player. Used to love to put the needle on the records smoothly, took practice

What was the first serious music you remember hearing?

I also cued the Miles Davis “Kind Of Blue” LP when i was very young on dad’s turntable. I found Miles and Coltrane’s playing soothing and I kind of experienced nightlife by listening to them without leaving my little house in the country

How did you get involved in filming?

I quit high school at 15 and passed an equivalency exam so i could go and study photography at a free college while I worked in a plastic factory. From there i went to film school and got a Bachelors and Masters degree in experimental film. After school I made the Beck “Loser” video using my experimental film style. Then they started playing the Beck “Loser” on heavy rotation on MTV and I started getting dozens of offers to make videos

Can you detail some work you did with different bands?

In 2013 I shot four videos in five days in Jamaica, some Sound System Reggae Artists (the style of music that came before rapping in the late 60’s where the artist would rap over drum and bass reggae ridims)  We shot in the streets of Kingston which are the toughest most gangster streets I have ever seen. It was epic. The artists were Prince Jazzbo, Josey Wales, Tippa Lee, and Little Harry

How did you get involved with the Stone Roses?

I finished a meeting at the old Geffen Records on Sunset Bl. in about 1995 and I was walking out to my car with my producer Clare and a man walked up to us and stopped us on the sidewalk and asked me if I liked the Stone Roses, and I said i f@!#ing loved them, and he said can you shoot a video for them in just a couple of days? I said of course I would, and he said cool he will call us. I asked my producer who was that guy? She said it was David Geffen. I was stunned because I had been working on so many Geffen videos for them back then and I had no idea he was so cool.

Were you a fan of the band?

Was there a plan how to shoot the love spreads video?

I wrote the Love Spreads treatment and it got approved by Geffen Records and I assumed the Stone Roses dug it. It was kind of a surreal old west plot during an oil gold rush with a saloon and some other ridiculous ideas, then when I met with the band at their hotel they wanted me to change it, so we changed it on the spot because the shoot was the next day and we just kind of used the same ideas and made it trippy. I guess it’s actually still pretty close to the treatment now that you mention it. I got Beck to come down and play gold miner in it, which was added at the last second

Who suggested the scenes the band filmed infront of?

I wrote the whole idea and helped design the f@#ked up saloon and all of it, prepped one day and shot one day, I operated a hand crank silent film camera on part of it because we shot it in an olde silent movie studio. It was done very quickly

How long was the video shoot?

The shoot was about 5 hours

Did any of the band suggest any ideas for the video?

The band did not suggest much, we just free styled it.

Were the band easy to direct for the video?

Yeah, they were great to work with. Super cool.

Did you get any feedback from the band for the video?

I never did get any feedback, we just kind of made it real quick for a second version they wanted and there were no changes when we turned it in.

You were one of the final people to see Reni drum before he left. Were you privy to see him drum a lot on the shoot?

Reni was inspired on the shoot. he loved the drums our video editor Lisa Dembling loaned him from our band, a 60’s Slingerland drum kit, he put on glam rock eyeliner like he was David Bowie or something, he loved it when we put the drums on the camera dolly and he could roll around while he played drums, at one point he leaped in the air and swung from the chandelier, and we all ducked because we thought the whole set would come down, but it didn’t.

Were there any noticeable rifts in the band seeing as this was not long before Reni left?

I didn’t notice the rift, other than they kept their distance from each other, I can barely remember but I think Ian and Mani were hanging out smoking spliffs, John was doing his own thing, Reni was in his own world. Reni was partying, getting radical. They were all nice and cool to our crew. My ace cameraman, Ross Harris, who is also a video director, hung out with Ian a bit in between takes, Ian liked that Ross brought his kids, Ian said ‘I’ve got a little one too mate, nice to have little ones around too Ross.’

Are there any pictures or outtakes from the video shoot?

Looking back are you pleased with the video?

I am pleased with it. I think it was a nice and random anti narrative thrown together.

What have you done since the video?

Since the video I have made two feature length films, Southlander, and Return of the Rub a Dub Style, and a hundred or so music vids, also have a new TV series I am making that’s unannounced right now, and I am not allowed to speak about it.

Final question, what’s on your turntable at the moment?

On the turntable now is Eek a Mouse “Wa-Do-Dem”.