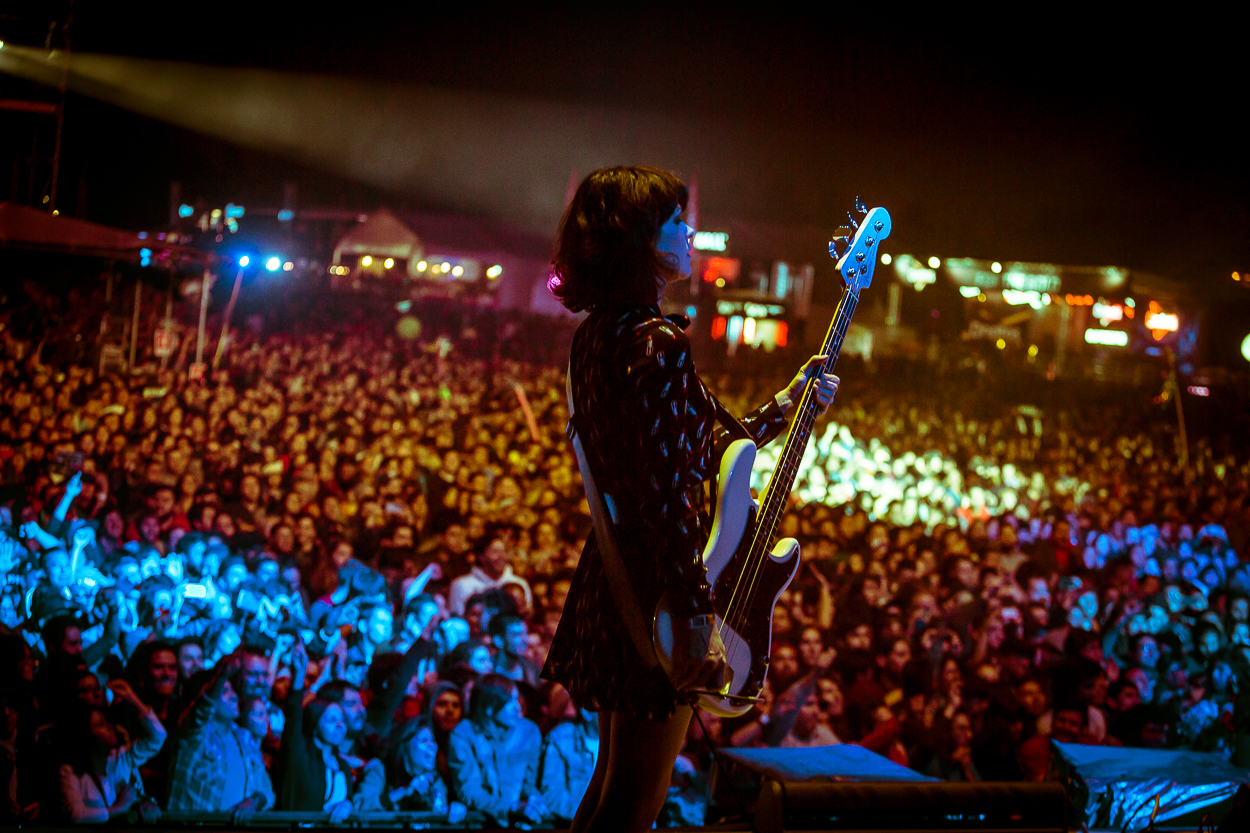 At this year’s Shiiine On Weekender we have a number of special guest DJ sets – one of those we are delighted to have is Primal Scream bass player & Soho Radio presenter Simone Marie.

We had a few words with her ahead of her festival appearance.

Hi Simone. Your Soho Radio show is great. I had a look at some of the other shows the station hosts, it appears & looks a really exciting thing to be a part of. Eddie pillar, Gary Crowley, Justin Robertson, Barry Ashworth to name a few as well as yourself . It seems a real hub of music lovers and musicians involved?

It’s fun doing a radio show. I like the challenge of researching new bands and music and putting interviews together. I recently got to chat to Johnny Marr on my show and he’s such a great person and musician who I admire. The shows are what you make them so it’s up to you to produce it and create playlists and content. I like things that keep me busy and involved in music . You get to meet some great and interesting people doing it. I also enjoy turning people on to bands they may not have heard before and vice versa, the listeners show me things I haven’t heard too. They’re great, really loyal and lovely.

I make it around six years and two albums in so far in your Primal Scream journey. Being the bass player in one of the most important & influential rock bands of the last 25 years, I guess there has been some real highlights and very big moments in those years that stick out?

Playing with the guys is brilliant, I have so much respect for them musically and as people. I’m lucky enough to play in many parts of the world with the band and there are so many great moments in that sense.

Supporting the Rolling Stones at Glastonbury was amazing and I’ll never forget it. We watched them play from the side of the stage, just an amazing day and night.

Playing the Royal Albert Hall for Teenage Cancer Trust was a night I won’t forget. So many incredible artists have graced that stage but more importantly we were able to meet the children who were in remission during the day and we talked to them and played our instruments with them then they wrote a song for us and performed it back to us at that afternoon. That was all before the show in the evening and it was really emotional to see how far these young kids had come and see the pride in their parents’ eyes. I stayed in touch with the mother of the boy I met who played bass and they both came to see a show a while back, it was so lovely to see them again. Making real connections with people is an amazing part of being involved in music.

I also got to sing ‘Just Like Honey’ with J.A.M.C. A couple of years back at Levitation Psychfest in Texas. That was pretty amazing and surreal. 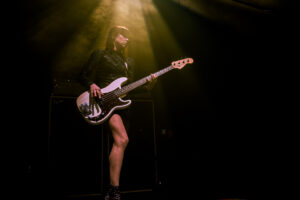 I read recently about a project with the Detroit legends & noise innovator’s “The Stooges” you have been involved with , can you tell us some more about this?

This actually happened a few years ago. I recorded with James Williamson from The Stooges for his album Re-Licked. It was myself and Mike Watt on bass duty for that record. James bought me my first American hot dog from a trailer in LA.

He’s a fantastic guy. He also let me have a go on his ‘Leopard Lady’ Les Paul which he played all of ‘Raw Power’ on. No one else can make that guitar sound like he can.

Shiiine On Weekender – Do you know much about it are looking forward to the DJ set?

I had heard of it but I’ve never been, so I’m looking forward to playing there. I reckon I may need to take the day off the next day ….

You’re an ambassador for Fender bass guitars, that seems a pretty cool accolade to have been bestowed?

I’ve been an official endorser for Fender for a while now. I’ve always played Fender and Precision basses are my favourite. I used to manage a bass guitar shop and also worked for a vintage guitar company and was always hanging around the fenders whenever they came in. They just deliver, it’s a classic timeless design and it works. It’s the only bass I tour with and use the American professional series on shows.

I always come back to a precision and I’m nothing but proud to be an ambassador for them and the new learning platform they have. It’s called Fender Play. It’s an interactive way of learning and practising which takes the traditional ethos of lessons but with a modern twist. I think it’s fantastic and support anyone who wants to get into playing or music.

Finally – Is there new Primal Scream music and a follow up to the ‘Chaosmosis’ album on the way?

Guess you’ll just have to wait!

The guys have just released the ‘Memphis Sessions’ which are the original Tom Dowd recordings of the ‘Give Out But Don’t Give Up’ album from 1993.