INTERVIEW: The Tea Street - Shiiine On 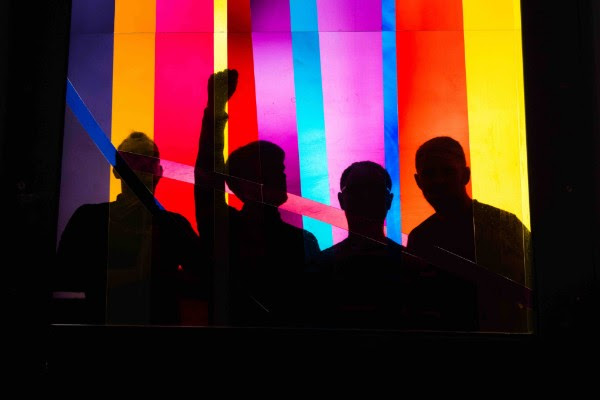 We were delighted to have playing one of the best & most exciting bands the city of Liverpool has produced in recent years – The Tea Street Band.

Four years since your brilliant debut LP it’s ery exciting to have the new album “Frequency” on the way soon, what can we expect from this album in comparison to the first , new sound – change of direction?

I would say it is a lot deeper, the whole story of it is a theme. We wrote the album pretty much together at separate times over twelve months. I think it is definitely a progression from the last, obviously the musicianship is still there but the playing from us all is a lot better. When we done the first album we were a new band getting together tracks that individuals had wrote so it was a lot easier to finish where as I reckon this one we all had a voice, we all had an input into what was being said. We are now a four piece with Lee (guitar) and Dom (drums) taking on a lot more responsibility on the electro side of things. I am made up with it though and its another great album cover!

Recorded in Liverpool’s Parr St studios with Chris Taylor – A lot of big music heritage in the place , I guess it’s a very good & inspiring place to make new music?

Most definitely we’ve known Chris for a while and always been into the work he was doing. When we were thinking of options he seemed the right man, was always super positive in getting us over the finishing line and working towards the completion of the album, being totally understanding and always helped never hindered. The first album was done up in the Motor Museum off Lark Lane, where as Parr Street is central Liverpool so we had loads more options when eating out. Some days we’d dine thrice! Parr Street has loads of history we first done a session in there about 15 years ago so to go back was boss. Defo was inspiring as some sessions we would go in with four chords and make a song from it- it was 100% the right choice we made.

I recently saw you described as Liverpool cult band & the city’s best kept secret, we recently shared ‘Marseille Blues’ on the socials to a great reaction mostly by people who weren’t aware of TSB music, you obviously put the graft in – It feels like you are only a couple of breaks away from reaching the much larger audience the music deserves, would you agree?

I hate being a cult band. Its shite! I want to be in a band that gets the recognition we deserve, it’s not as if we sit on our arses twiddling our fingers we put the graft in! Work hard and been together for years, we are a proper band best mates doing something they love. I do not expect anything other than what we have achieved but if 1500 people buy our album we would probably be in the top 40, that would mean so much to me and the lads. That potentially could project us into more airtime and more people knowing we exist. Once people are there when we play they enjoy it, its just getting them there that’s always seemed to be the problem. So we just ask people to get behind us, if you like us let people know it. Possibly in about twenty years our albums will be still listened to, well I hope so! 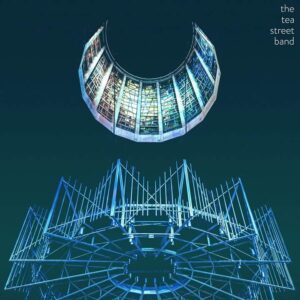 You have a number of dates coming up around the country for the album release including Shiiine On. I can’t think of a better place for something like ‘Disco Lights’ to go off big style – are you looking forward to it?

Yes of course. Touring for me is wonderful, we all work and have families so it’s just really nice to be with my best mates going and playing to people in places I haven’t been. Went to Minehead Butlins years ago so to be going back and seeing what its like will be fun. Think we will have a good crowd in for us, they’ll get behind us and we will give them music and show that they can forget everything to. Just have a dance and feel good. I am really looking forward to it. Always say we are best at festivals we up our game and I jump 20 foot rather than 15!

How is the Liverpool music scene at the moment? From the outside there seems to be a lot of venues closing down, is it having an effect?

Liverpool will always be alright for new musicians and bands but there aren’t many venues to play for the younger acts. Last month we lost a great here, a proper heavy weight of the Liverpool Music Scene Tony Butler of the Zanzibar Club. Liverpool won’t be same without his face on the door of his club smiling and giving bands a chance and stage to perform and hone in on their craft. We went to his funeral and it was overwhelming to see how many people turned out for him to applaud and show respect for everything he done for so many. Is right Tony

Long term plans for the TSB, are you planning to take “Frequency” in to the new year & play a few festival’s next year?

We will ride this vehicle as long as we can and going and playing on as many stages as possible! That is the only way we can make it happen, we have a good label and team behind us who have the belief we do so the dream of getting on a Glastonbury stage seems not too far away. I have been saying these for years now, but that is my dream. It would make me Ma really happy. We just need people to get behind us, buy our album and help us spread the word. This just isn’t about us it’s about music, musicians having a good fucking go at it. We need you!