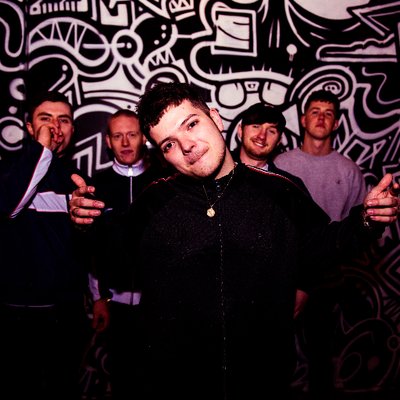 Hometown boys Ivory Wave played a brilliant set to a packed out room at our Shiiine On: Birmingham event, earning rave reviews from all who witnessed it & garnering a whole set of new admirers.

The best new band & modern sound of the Midlands are back at Shiiine to play the 4th Shiiine On Weekender. We spoke to lead singer George ahead of their appearance.

Tell us about the band – How long have you been together & how did you get together?

The band started just over 2 years ago, me & Luke were in another band at the time, we had been with them for couple of months, we never really liked the sound, we used to go down the pub and moan about how we wanted the sound to change so in the end just thought fuck it we’ll start our own thing. So we found this dodgy little lock up that cost us £50 a month and just started writing tunes in there.

After a few months we persuaded Connor to join the band by telling him we had a support slot with UB40. When Connor came in he took the writing up a notch in terms of production etc. So was just us three writing for what felt like years, Literally Seb and Rob came to the same practice for the first time, since then its always been us boys.

I can hear things in Ivory Wave music that reminds me of a lot of bands I like Happy Mondays/Big Beat/Hip Hop/Black Grape/Flowered up, I am guessing you all bring a bit of your individual tastes to the music?

We’ve all got so many different tastes in music, we literally will listen to anything from N.W.A to K.C & The Sunshine Band, changes daily. We do get the whole Happy Mondays sound bought up a lot and we are big fans of their music, but we definitely don’t set out to sound like them. We like to think we sound quite unique and fresh compared to what’s about at the minute. We always get compared to The Stone Roses which is a bit frustrating, because we don’t sound like them at all. I think nowadays if your in a band and your wearing a pair of adidas trainers with a track top you instantly get put in that category. But that’s just the way it is

How was Shiiine On: Birmingham?

It was a great gig, the room was full when we played, we do have a big following in Brum and there were people in the room that know our music, but was nice to play to a new audience as well. We love the idea of playing to a room full of people who are going to judge us.

I saw you with Bez outside, it felt a bit like a passing of the baton old to the new, did he know your music?

That made the day for us to be honest, like i said earlier we are big fans of the band so to meet him was amazing. He’s such a legend, the fact he was so down to earth and gave us all the time in the world just made it even better as well. Proper stood with us for ages just chatting, proper nice bloke. Don’t think he had heard of us, but I did give him a CD with my number on. Still waiting for that call…

I have just discovered ‘Young Blood’ it’s a great tune with a stripped back sound, something you would go back to on future songs?

Nice one! It means a lot to me that song, we very rarely play it live. Only at big headline shows really. Would definitely do tunes like that at some point, we never really sit down and say lets write a tune like this so will just have to wait and see what happens. We just love making a groove and vibing off it!

Big hometown headline show & The Shiiine On Weekender coming up – are you looking forward to them???

The hometown show will be special for us if we sell it out, we sold the O2 – 3 out in March and wanted to go bigger for the next one. It’s double the amount of tickets but we reckon we’ll do it. We just love playing live and think it’s when we’re at our best.

Thinking about Shiiine is already giving me a hangover… That’s going to be a messy weekend, its Connor’s birthday on the Saturday so we’re going to go big.

Planning to watch any other bands at Shiiine On?

100% will not miss Stereo MCS. Will go watch Twisted Wheel. We played with them this year so be nice to see um again. Vida are a great band and top lads as well. Will go watch Ocean Colour Scene and pester them for a support slot in Brum!

It’s been a while since a Birmingham band broke big – The Streets, The Twang, Editors. Ivory Wave next?

Definitely! We’re in this for the long run!