Learn Viola: All the Parts You Need to Know 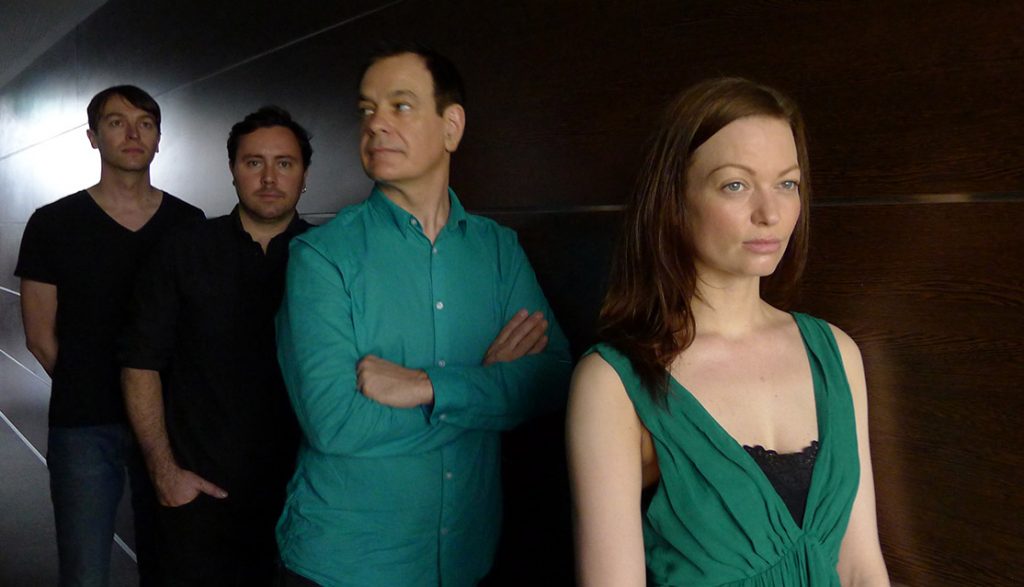 ‘Indie’. A term (de)evolved from the anti-system wave of groups of the post-punk late 80s alternative scene (c.f. C86) now a floating signifier used to sell follicle foam and identi-brands, rehashed poses and studied looks: a diluted end to what was once a cocking of the snook.

Following numerous John Peel sessions and five stand-alone releases on their own Reception Records, George Best released in 1987 made them immediate press darlings. A compendium of glum broadsides of affairs of the head and heart, wry observations of hurt, rejection and insecurity delivered in a half-sung deadpan style rivalling The Smiths for lonerism frustration and bitter-sweet yearnings.

As well as sanctioning the use of his image for the cover the mercurial Best (when he was still more revered for his football exploits) agreed to appear on promotional shots with the band.

Fronted by mainstay Gedge, the ever-doomed romantic bluff-gruff Northerner with a nifty line in laconic vignettes, a soul on a perennially thwarted quest for romance, compatibility and fidelity. Unfortunately he exists in a world of infidelity, unfaithfulness, (dis)honesty, cheating, scheming, rowing and silent treatment. Making up to break up and vice versa. Gedge doesn’t so much sing as exhort and exhale exasperation.

The music (fast/slow/faster) corroborates the point of view/emotional turmoil inherent in most of the songs. A scaling guitar sound cacophony, jingly jangly, choppy and melodic with rhyming that daubs, paints and splatters vivid pictures, indelible imagery that etches on the self, an exhilarating breakneck tour de force. No macho-rock clichés here, these are odes about the struggles of being male, the clumsy interactions with the objet de désir, the unforeseen perils of being as one in a duo even being a gooseberry. Taken at face value Gedge (or whomever he’s ‘seeing’ the world through) is the unluckiest ‘in lover’ to walk the planet, always on the receiving end, forever yearning for what might be, what was and what will (n)ever be, but always with a sense of humour.

The ‘lust-love-leave’ axis has rarely been so deftly addressed. Here’s a snapshot of timeless songs to ease, please and tease your dormant affections, latent tensions and lustful pretensions.

‘Everyone thinks he looks daft’ is a barbed attack on an old flame’s ‘new friend’, barely disguised stinging asides designed to mask the hurt inside. No one’s fooled, only one person’s dreaming. A recurring feature of Gedge’s lyrics are the debris left behind from relationships: a memento mori to an ancient story. In this instance it’s ‘can I keep that book?’ symbolically clinging on to turning back the pages. A thumping bassline carries the lacerating buzzsaw guitars: top of the chops.

The culmination of a (dis)union (exacerbated by insubordination, no doubt) is idiomatically examined in ‘What did your last servant die of?’ The increasing impatience at waiting for ‘hair to be done when you’ve had all day’: where once that time would have been keenly desired that time has long expired. The things that used to endear now cloy. Nerves are frayed, duties have all been paid. The song is again augmented by incredible string-fingery.

Rejection leads to dejection in ‘Don’t be so hard’, a witnessed spurning of affection from afar stirs feelings in the protagonist and how he would dearly love to replace HIM in her space. A craved position of disposition.

‘A Million Miles’ is the butterflies emerging from the chrysalis of caterpillars, a glance means there’s a chance, the heart’s lewd awakening, the lengths you go to eke out that extra second of time  ‘how are you going to get back home? Oh, I’d be willing to walk that way …’

‘My favourite dress’ expertly articulates the trials and travails of a love that’s expired, another fella’s hired thereby rationalising how ‘jealousy is an essential part of love’. The senses are aroused via the scent of another, the sight of another, that OTHER closer to her than you. The ‘dress’ is a marker of what was, what’s lost, a stark reminder of what’s gone. The ‘long walk home’ and ‘a stranger’s hand’ articulates the resignation and leads to the optimism of ‘maybe next time’. Features arguably the greatest coda to any song, a seemingly endless hypnotic humdrum thrumming in a star-guitar jangled manner.

Indie-folk is invented on ‘Shatner’ (on the surface) an ode to William, Captain James T. Kirk, enterpriser and star trekker. Well, ‘Shatner’ as a cultural icon and emblem of decency as opposed to the brute who beats, the beast who bruises and loses (the girl).

Unrequited and unexplored affections permeate ‘Something and nothing’ with the hapless wannabe courtesan sighing ‘pardon me for breathing’. He can’t compete with her book, he can’t deal with her caustic look.

Conciliatory misunderstandings abound in ‘It’s what you want that matters’, a last-ditch attempt at salvation as ambiguity reigns in who’s to blame in the love game. The result? A tuneful tongue-thrashing.

The passive-aggressive ‘Give my love to Kevin’ has feelings waning and interest feigning in her movements yet he just … can’t … let … go …. just yet, the climax bitterly signing off sarcastically ‘wishing’ Kevin the best. There’s a stark reminder how the grass is never greener on ‘Anyone can make a mistake’, that fateful bite of the forbidden fruit an unforgivable act, you’re the snake that broke the pact.  No going back.

‘Don’t Laugh’s elapsing and collapsing of time as realised by the dog’s advancing years (the one to seven ratio never sounded so stark) embedded the template for the essence of the Wedding Present’s outlook and output to come.

Their Wikipedia page genrefies/labels/simplifies them as ‘jangle pop/indie pop’. I’d add ‘seminal songsmiths without whom the world would be a sadder, less navigable place and your life would be an even longer metaphysical crawl to the grave’. The only things that give away this album’s age are the cultural icons featured and the absence of insta-comms-tech machines in these tales of rapprochement.

September saw the release of a recreation of the album with Steve ‘Ur-Engineer’ Albini. However, rather than another resurrected nostalgia ‘repackage – resell – recoup’ this is a more creative undertaking to put out the LP Gedge has always craved.